In Manmarziyaan, Taapsee Pannu plays a character whose fashion journey is as crucial as her personal journey. As she evolves, her clothing choices reflect the different stages in her life, and finally when it’s time to make a big decision she makes a style decision to reflect her state of mind.

Pre-wedding style aka Rumi the Carefree

Rumi, played by Taapsee Pannu, is a tomboy and a badass. She plays hockey, goes for a run through Amritsar, rides a Bullet, works with her uncles at their sports goods store, and sneaks around to hang with her passionate boyfriend Vicky (Vicky Kaushal). She doesn’t hesitate to give non-committal Vicky a piece of her mind and a few kicks and punches when he pisses her off with his reluctance to take things forward. 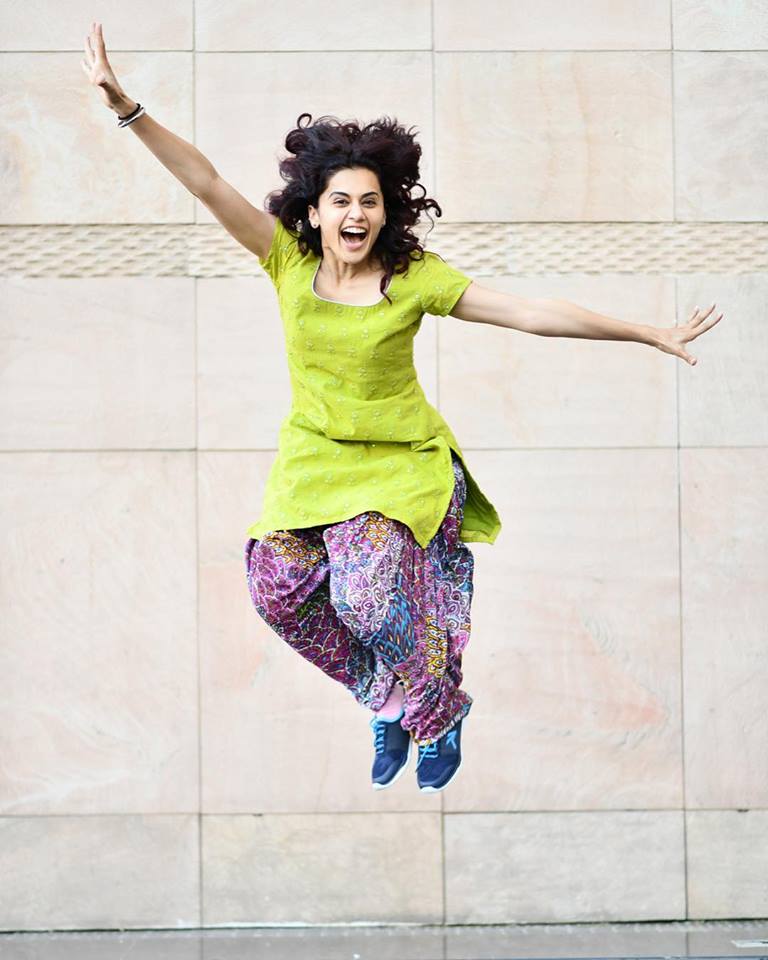 In this tomboy avatar, Taapsee wears men’s shirts as kurtas paired with loose patiala salwars. Makeup is markedly absent, while her jewellery is only a pair of tiny earrings. In her daily life, Rumi wears plain cardigans and hoodies over her shirts and rolls up the sleeves to look tough.

Rumi has streaks of red in her hair, perhaps to match her boyfriend’s blue highlights, and it’s a curly mess (her aunt calls her Amritsar’s “Laal Pari”). What’s just as outrageous is her pair of bright-tinted sunglasses (I found them bold!).

When Rumi carries a dupatta it’s completely mismatched with the rest of her outfit, showing her nonchalance for anything sartorial, too feminine or too conventional. 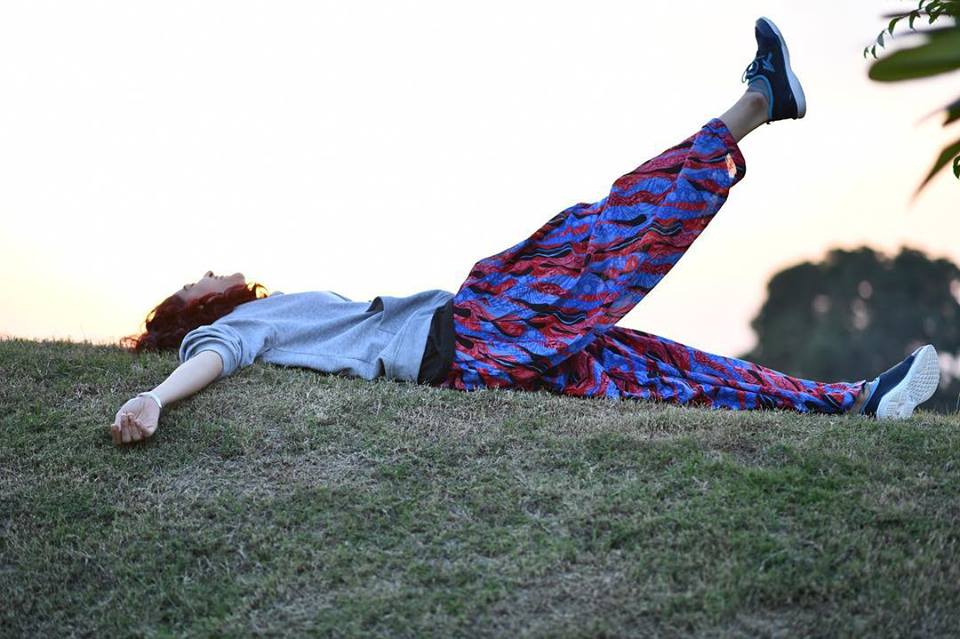 But guess what is Rumi’s most out-of-sync style choice? The sporty sneakers she wears with her salwars! 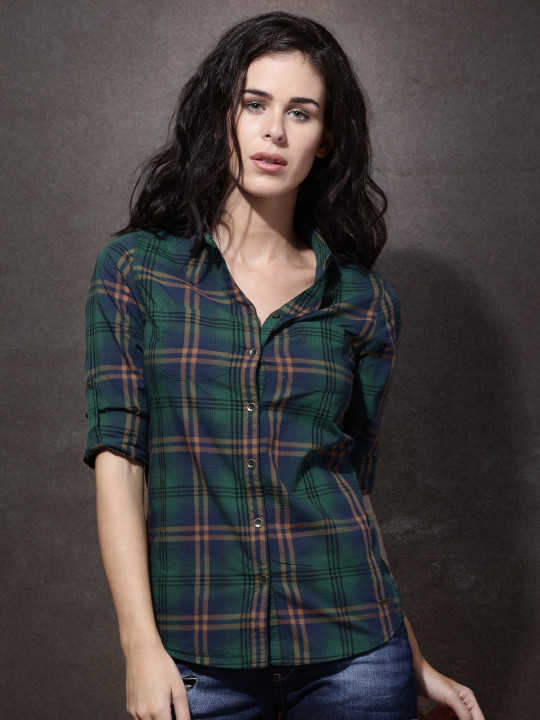 Sneakers by Clarks available on Jabong 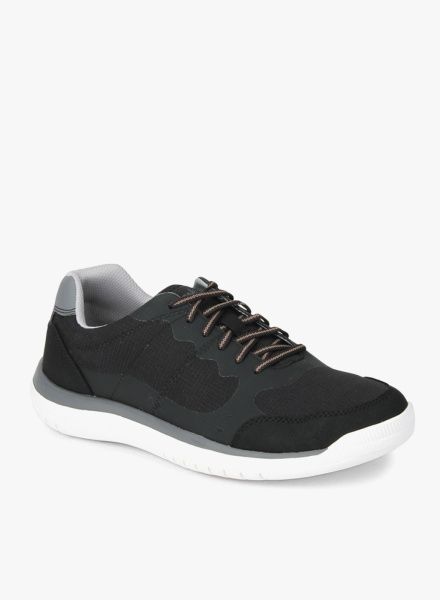 Post-wedding style aka Rumi as a Married Woman

Every Punjabi bride gets a trousseau from her family with clothes and jewellery that the bride will need in her new home, and Rumi gets a set of 21 outfits. Since Rumi doesn’t seem to be fashionable types, I get the feeling that her aunt chose her trousseau.

Once Rumi gets married, she wears her new outfits as she must, albeit a bit reluctantly, complete with her bridal chura and some jewellery. The little studs give way to small jhumkas but there is very little attempt otherwise to keep up the appearances of a blushing bride or bahu. 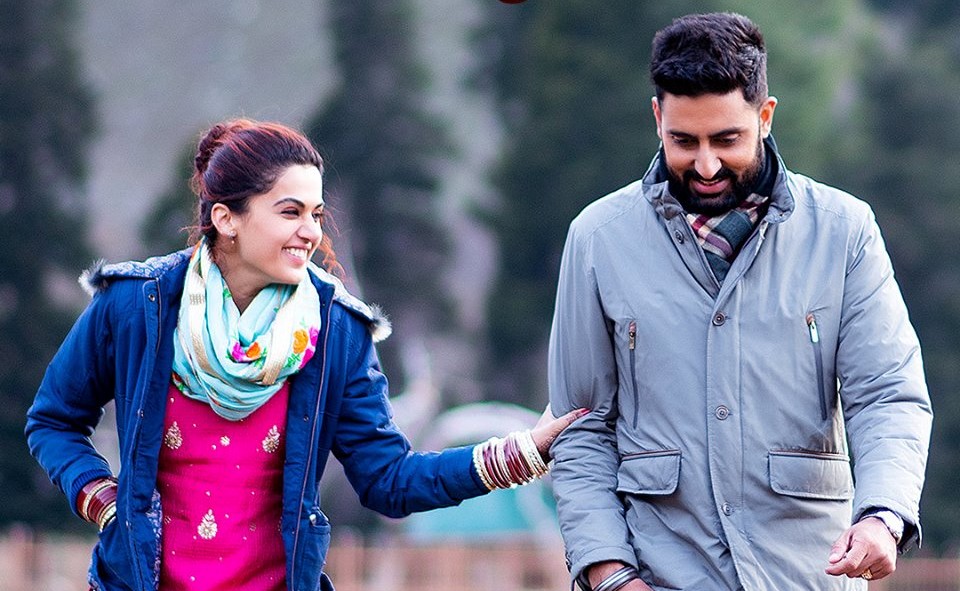 As soon as they reach their hotel in Kashmir for their honeymoon, Rumi pulls out sneakers from her suitcase, ties them up and off she goes running, music in her ears to nurse her heartbreak.

Meanwhile, Rumi’s hair is still a mess but then there’s a hint of lipstick, nothing too obvious, just a nude shade to make her look a bit more well, married and grown-up.

As Rumi’s marriage goes through a series of ups and downs, her clothing choices fluctuate. At her family’s home, she is pretty much her old self. But as rapid changes happen in her life, she seems to grow. She begins seeing things more clearly and she makes some changes to her wardrobe to keep up with her newfound maturity.

Most notable is the final scene of Manmarziyaan, when Rumi heads out to woo her man (no spoilers here!). Rather than her usual careless look, she makes an obvious effort with her appearance, but without compromising on her crazy personality (she still asks impertinent questions and speaks random stuff to throw off people).

In this scene, Taapsee Pannu wears a knee-length straight-fit kurta with little embroidery motifs all over and carries a somewhat-matching purse. Then she applies lipstick and wears earrings, even though she doesn’t need to. Clearly, it’s a woman in love putting herself out for her man.

Get Taapsee Pannu’s post-wedding look in Manmarziyaan. Here are some suggestions. 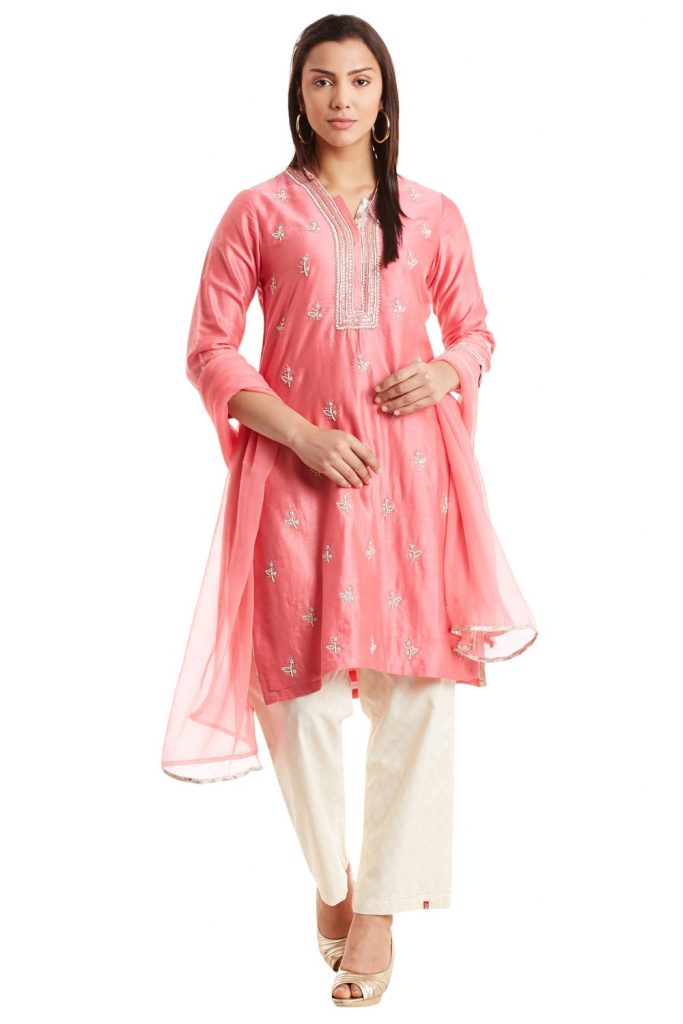 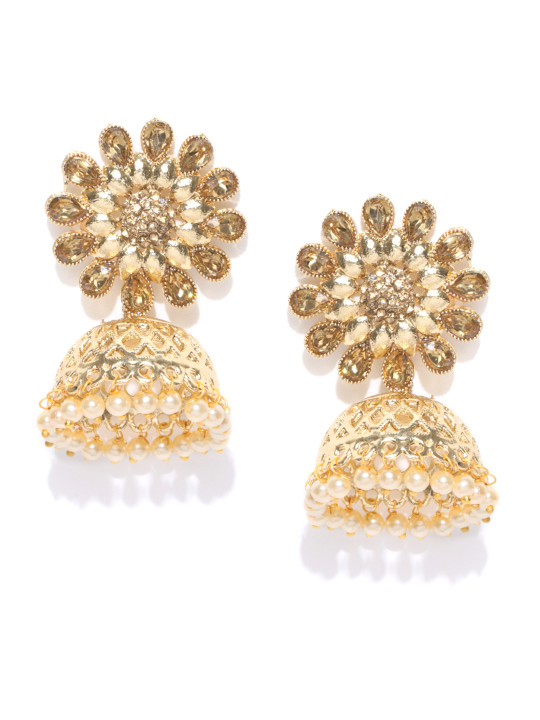 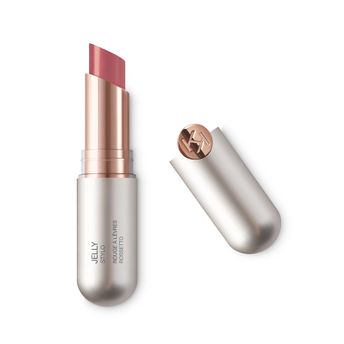 What do you think of Taapsee Pannu’s look in Manmarziyaan?

Ladies, in the midst of the rising summer temperatures and terrifying “market conditions”, there is a ray of hope in the form of good old-fashioned shopping news. H&M is on its way to India! 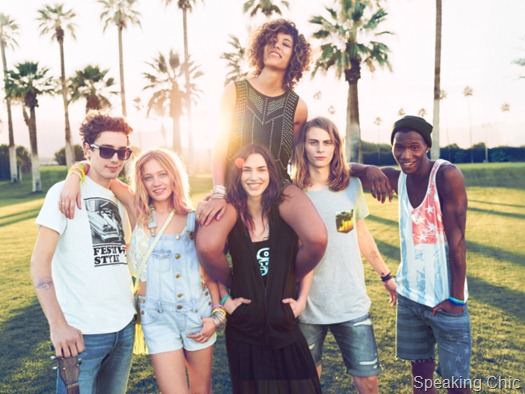 This time the company means business, with Fredrik Olsson (head of expansion) at  Hennes & Mauritz stating that they are looking to open 50 stores in India. That’s right– FIFTY!

Olsson also said the had already approached the Indian government for the initial investment of $130 million. Given how super quickly our bureaucracy works (ahem!), the first store could take a while. But hey, who’s complaining as long as H&M is really coming! I’m hoping the prices and styles are as great as they are globally, especially in Asia.

While the news sinks in, here are some facts you need to know about H&M: 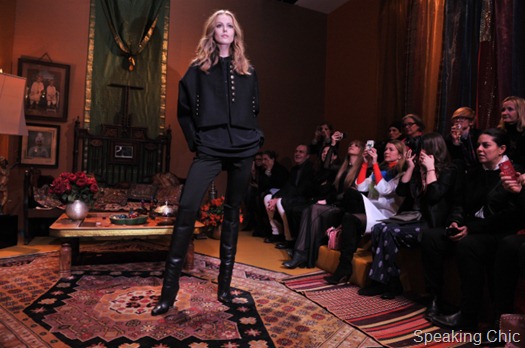 A Bombay High store is like a large, ambitious project. The three stores I have visited in Mumbai (Warden Road, Linking Road and Oberoi Mall) are spacious, have clearly-demarcated formal wear sections, and start with the relaxed wear line (Bombay High Sport). In the past couple of years, Bombay High has been building its image as the first and last word on work wear. 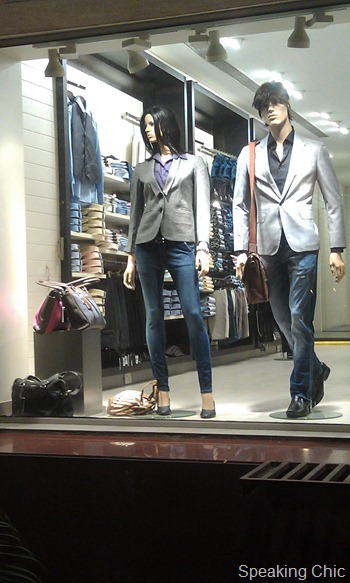 Bombay High is about looking smart at office, with a focus on subtle style and tailored looks. Their dresses and shirts are apt for Indian work places, so there are no plunging necklines and too-short skirts, nor super slim and flamboyant shirts for men. 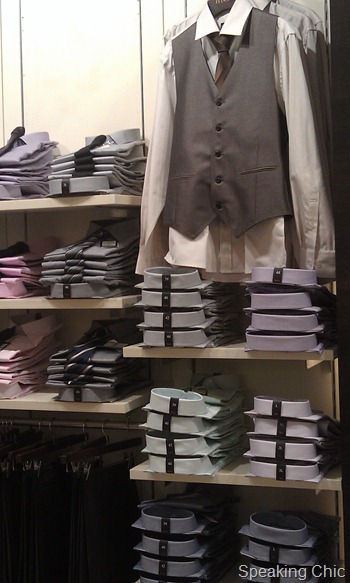 I’m not a stranger to Bombay High, since I bought a blazer from them last month. The blazer fits me snugly, has the right length (I’m on the shorter side), though I needed to get the sleeves shortened (the store did it for free).

On my return visit for this review, the male mannequin near the door was surprisingly styled in a casual look. My guess is that the brand is trying to push its casual wear line, since they are easier to sell. There were jeans and tees for guys, and casual shirts for women. 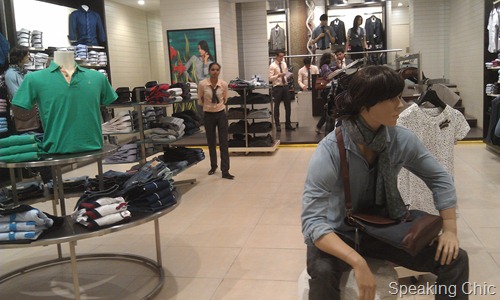 As you move deeper inside the store, the product becomes more formal. The blazers and suits section houses some of the best pieces in the collection. The blazers’ fits and designs make them worth every buck you spend. They may be a tad more expensive than Mango, and are mostly available in neutral colours, but with one classic blazer you can cover all bases. I flipped for a linen blazer for women, and would have bought it immediately if I hadn’t bought one already. The checkered and patterned blazers are perfect work wear pieces, and not boring! 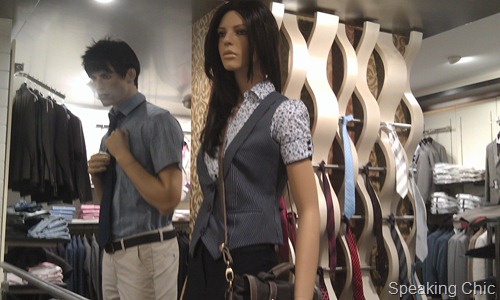 Waistcoats for work may be hot on the ramps, but they haven’t picked up in India yet, and Bombay High has a few in their current collection. I particularly liked one style– it was formal enough, but the neckline added a fun twist. 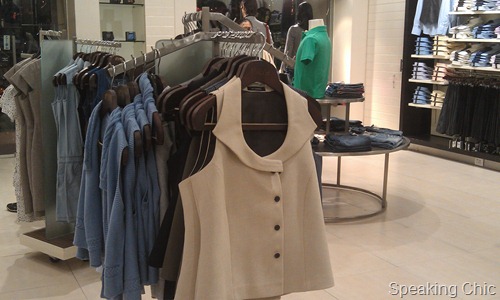 For men, the shirts and trousers are the biggest draw, with some good colour and styling options to choose from. There are dozens of neck ties as well. There are no particular favourites, it’s all about finding your colour and pattern! Accessories have just launched, so expect to see wallets, women’s bags, card holders and folders in the coming months.

I tried on a couple of monotone formal dresses, and found them affordable enough to be bought at least twice in a season. Unfortunately, some dresses required better fitting on the shoulders and chest. 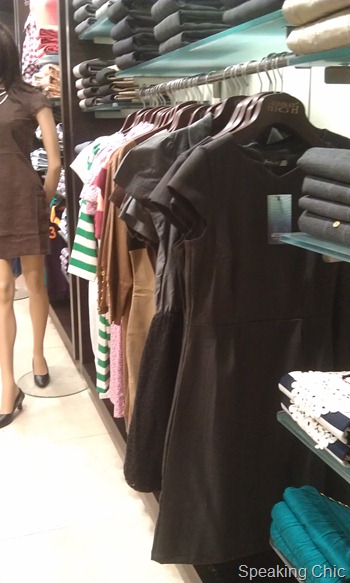 The best-selling women’s shirts are available in a whopping range of colours, from green to blue, so you can take your pick every morning depending on your mood. The casual shirts seem to be fun too. 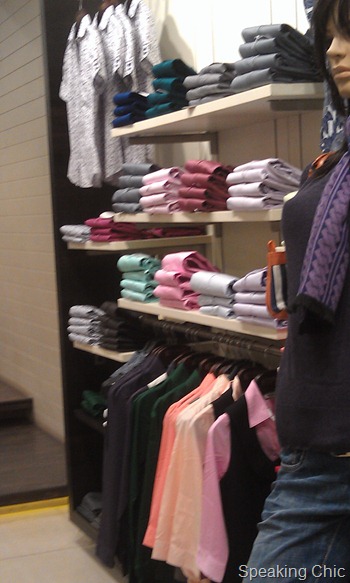 Men’s shirts have a wider range with lots of styles, colours, fit and fabric variants. With a wide price range from Rs 1199 up to Rs 6000, corporate slaves from across the food chain would find a shirt for them. A guy friend who owns a pair of Bombay High trousers says they are quite good with a different colour, the classy inner seam adds a luxurious feel, and they are comfy all day long.

Footnote: A Word on Design

The Bombay High design team has played safe with styles that would appeal to most working class citizens of this great country- by which I mean those who take few fashion risks. The experimentation in the collection has been limited to higher-priced products and has given good results (like the waistcoat above and patterned blazers).

Bombay High is a one-stop shop for all work wear needs, and you would be happy with the selection, prices and fabric quality. But the brand team will need to carve a niche for Bombay High in a crowded market, and try to make the product more distinct from competitor brands. They can begin by turning formal fashion into a more exciting proposition for 21st century slaves like us!