But I say, baloney to that! I fall in none of these categories, but I still enjoy a great cruise. While on a cruise you can catch glimpses of not one but several new destinations, while getting a chance to relax and not having to worry about packing your toothbrush, scrambling for an inexpensive meal or running to catch a train. And if you fall in love with a place, you can plan a longer vacation around that next time.

The Northern European cruise I did with Mom in May 2014 was one of the most wonderful experiences of my life—I visited a part of Europe we hadn’t seen before, saw some beautiful places and I ticked off a place on my bucket list—St Petersberg, Russia.

Late night, we flew from Mumbai to Copenhagen via Brussels. (While in transit, we bought a box of Belgian chocolates to enjoy on the trip. :-D)

We arrived in sunny Copenhagen mid-morning. I’d booked a Copenhagen Card which I picked up at the airport, so the Metro ride into town was free. We walked past canals and hip restaurants to reach our budget hotel in Borgergade.

After some rest, we headed out for a canal ride, admiring the brightly-coloured buildings, the Copenhagen Opera House and views of erstwhile royal residences. Then we hopped on to a local bus and headed to the country’s most famous amusement park Tivoli Gardens. While we were too tired to try the rides, we did enjoy the lively, familial atmosphere, the peacocks in the gardens, the food and a light comedy sketch (of which we understood nothing). We took a local bus back to hotel. 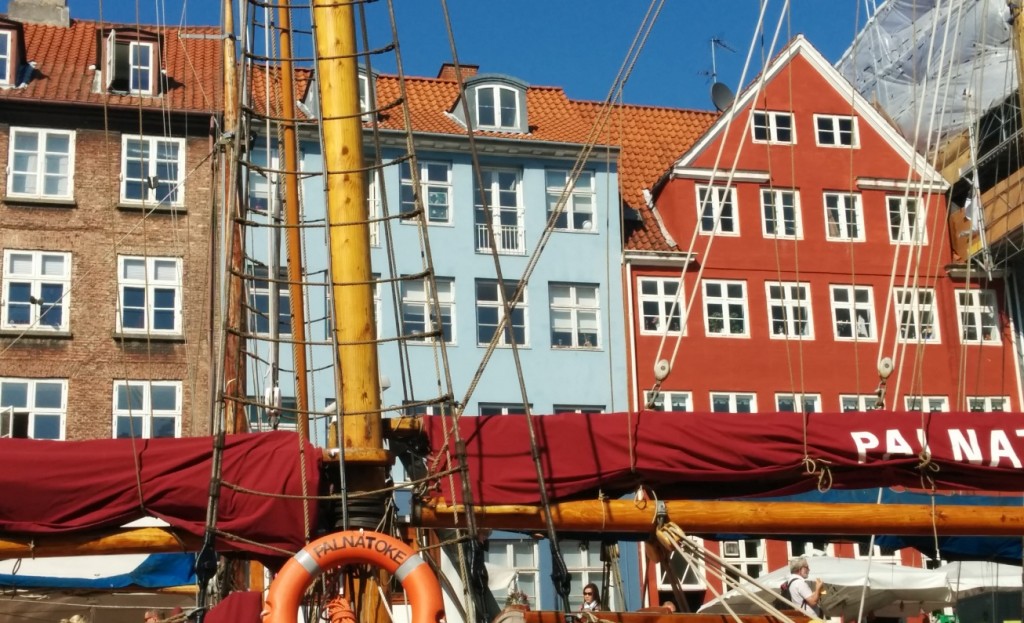 I’m a literature buff, so it was natural that I’d want to visit a place of literary significance. So early morning we took the DBS train from Copenhagen station to Helsingør (Elsinore). Our destination: Kronborg castle, also called the “Hamlet castle” for it’s supposedly the setting for William Shakespeare’s tragedy Hamlet. No one knows for certain if Shakespeare visited this castle, but he might have. And he most certainly had friends who did. While the castle looked grand and imposing as we walked there from the town’s small railway station, it was actually quite comforting once we were within its walls. It also had some gorgeous vantage points of Ørseund Strait (and Sweden!). 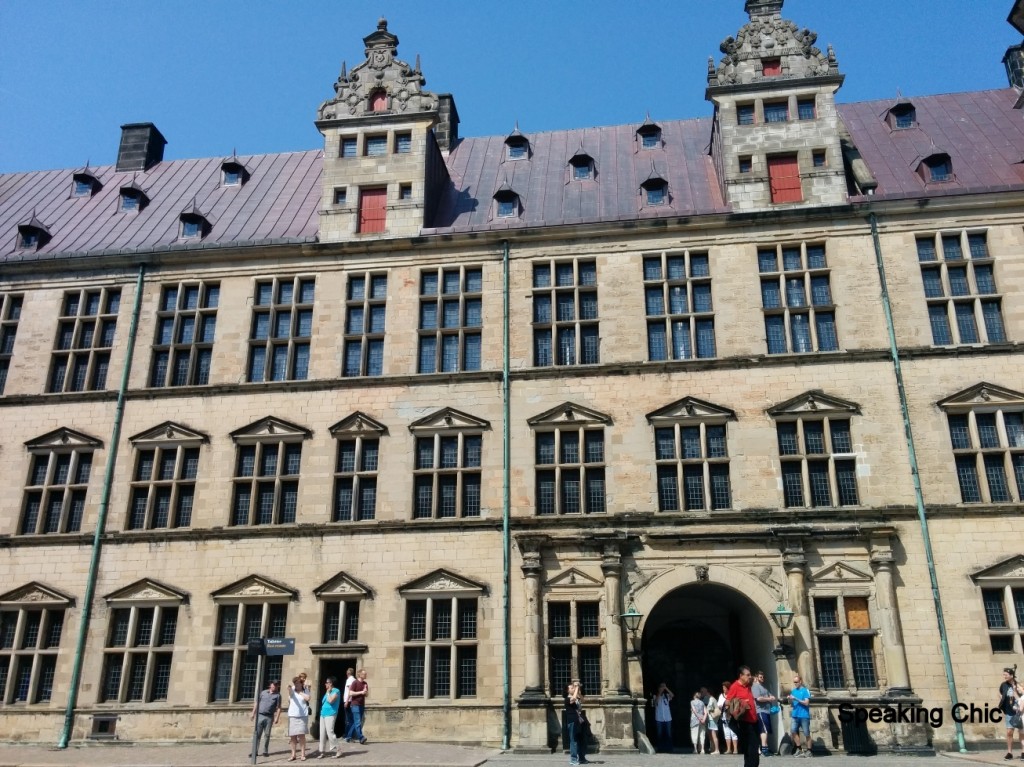 After a guided tour of the castle and a brave solo trip of the cellar, we took the train back to Copenhagen and walked to Rosenborg Castle. I marveled at the gorgeous marble floors, the little pendants among the jewellery and the armoury sections of the castle museum. From there, we took a Metro ride to reach the to the aquarium Blue Planet. We got there just 15 minutes before closing time, but the staff was kind enough to let us in and enjoy the place at leisure. Though we were tired after such a long day, I wanted to visit the one of the largest no-car streets in Europe—Strøget. Since it was summer, it was a late sunset and we window shopped in fashion stores and the Lego store (yay!), till we got tired and decided to just people-watch instead. After dinner at a wonderful Mexican restaurant, we walked back to our hotel.

We had a few hours in the morning, so we took a bus to Christiansborg Palace, the seat of Danish parliament. Unfortunately it was closed that day but we could go into the courtyard and view the glorious façade. Then another bus ride to the National Museum of Denmark (free entry). There’s only one word for this museum—mind-boggling. I especially enjoyed the prehistoric and Vikings section, and the toy section. Too bad I didn’t have more time to see the entire museum. We headed back to the hotel to grab our bags and take a taxi to the pier where our Royal Caribbean cruise ship Legend of the Seas was docked. We checked in, had a leisurely lunch at the restaurant, then spent the evening exploring the ship.

After the past two days of hectic travel, we finally had a chance to relax. We made the most of our time onboard—we watched a Broadway-style dance show, played Bingo, tried our hands at a cooking demo and sampled the complimentary snacks around the ship.

Next morning, we docked at Stockholm. On the way there, we passed the Stockholm archipelago—thirty thousand little green islands dotting the Baltic Sea. It was a bright sunny day in the Swedish capital, and our pre-arranged tour guide (Carlos from Mexico!), took us on a city tour. We first visited Stockholm City Hall where I gaped at the grandeur of the “golden room” with its high ceilings and walls bathed in gold. The hall also hosts the lavish Nobel Prize banquet every year. 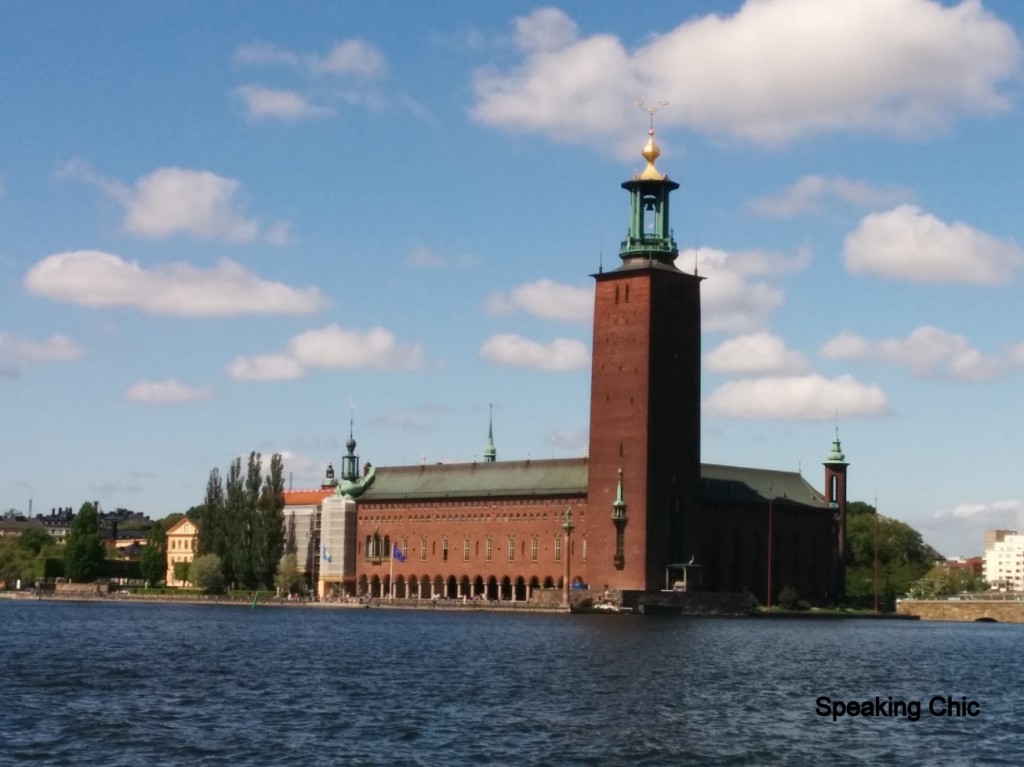 We then headed to Gamla Stan, the old city centre with its narrow streets, closely-placed buildings and plenty of cafes and restaurants. After snaking our way through the winding streets, Mom and I headed to an Indian takeaway joint for a packed lunch. Sitting in the main square, I opened my lunch box and tasted the most delicious dal makhni and jeera pulao I’ve ever had outside India. After lunch, we headed to Stockholm Palace to witness the changing of the guard, briefly stopping en route for a photo op with City Hall as background. And then we visited the Vasa Museum—a unique museum that’s all about ships. I didn’t even know I liked ships till I visited this one. Back on board late afternoon, we headed for an evening snack, then rested up before dinner.

Not too many people have even heard of this country in Northern Europe. Its capital Tallinn is a town steeped in medieval history. We went around the city by bus, taking time to walk around the cobblestoned streets in Old Town, spotting quaint churches and centuries-old walls. We later visited the stunning Kadriorg Palace, the entryway lined with gorgeous gardens and fountains. Inside the palace complex, I visited a small museum housed wonderful sculpture and paintings from around Europe. We later took a bus back to the pier.

Oh, how I’d waited to reach Russia! Despite the gloomy weather and continual rain, my day in St Petersburg is among the most memorable days of my life. Since we could enter Russia as a cruise visitor only via a guided tour, I’d signed up for one already. Our first stop was the amazing Peterhof Palace on the outskirts of the city. Despite the damage during the wars, the palace has been restored wonderfully and walking through the large halls to see the royal crockery, dining table and silks was like stepping back in time.

We then headed to the Hermitage Museum in the heart of the city. The building was designed in a typical Baroque style and I thoroughly enjoyed the classical Greek artifacts, Italian and Spanish paintings and Russian art. We then had a chance to ride the escalator deep down into the city metro just to see how the station itself is a work of art! Later we stopped for souvenir shopping (matryoshka dolls were on my list) and to the Church on Spilled Blood, named so after Emperor Alexander II was wounded here. Dead tired after this very exhausting day, we headed back to our ship for a dinner and rest.

We were still recovering from the crazy day in St Petersburg, when we docked in Helsinki where it was cold and drizzling non-stop. The Finnish capital is a very charming city, and we bought a hop-on-hop-off bus ticket. We sat back to enjoy the ride around town, seeing places like Rock Church and Sibelius Monument. We then got off at Market Square to catch a ferry to Suomenlinna Sea Fortress, located on an island off the coast of the city. We walked through the fortress-island and stopped along the way to peek at little souvenir shops, experience cannons and take in the rocky-green landscape. 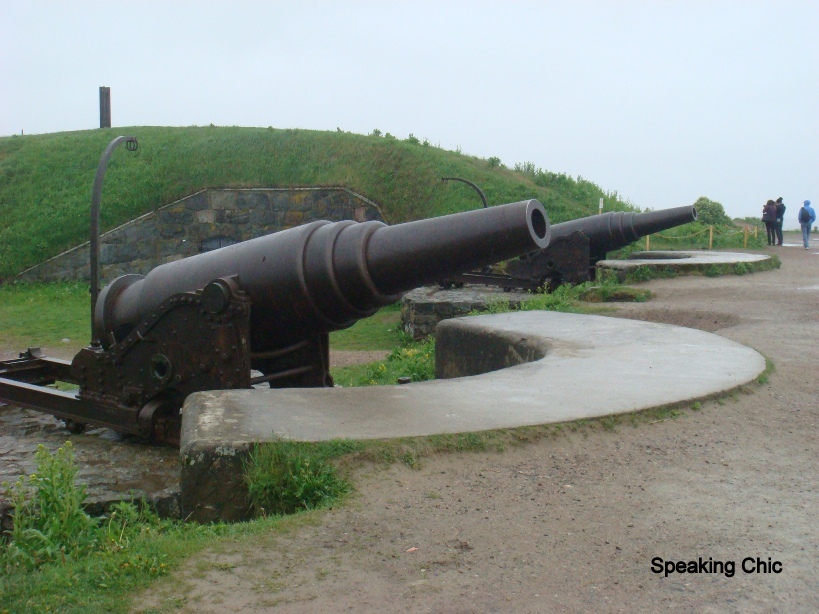 Back in Helsinki, I bought a reindeer tooth bracelet to gift a friend, and walked to Senate Square to enjoy the neo-classical architecture and browse through the designer boutiques nearby. Our cruise took off soon after lunch so we soon headed back to port by bus, and our driver turned out to a chatty Brit with a thick Cockney accent living in Finland. Good times!

We used this non-port day to recoup from the craziness of the last couple of days. The cruise’s head chef had invited some of us to visit the onboard kitchen and so we went for the mini-tour, cameras at the ready. I saw the chefs hard at work, some chopping skillfully, some loading the bread-making machines, some rolling out pasta dough. Despite the flurry of activity, the kitchen was sparkling clean. We spent the rest of our day reading on deck and enjoying the special dinner. 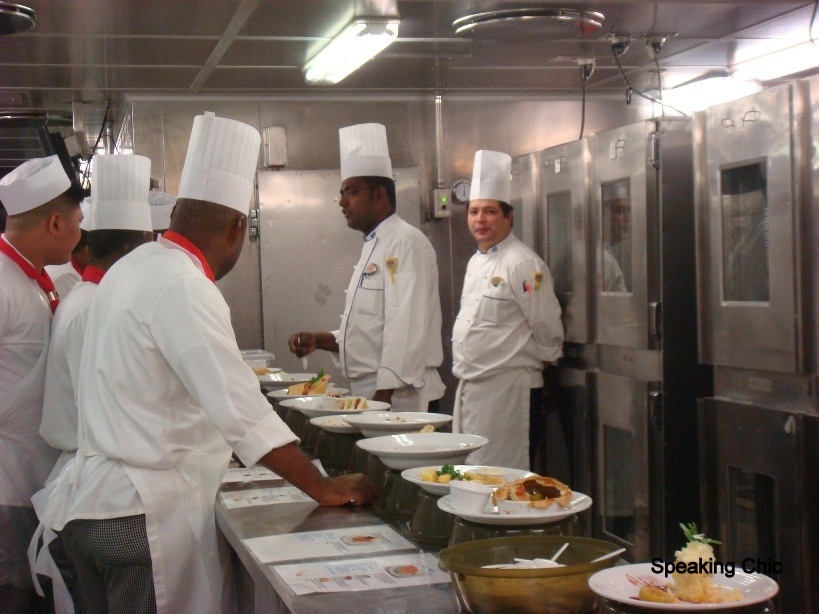 Day 9: Return to Copenhagen, flight back to India

Our ship docked in Copenhagen early morning. After a quick breakfast and checkout, we hailed a taxi to drive us to the airport. Our driver turned out to be extremely well-read and told me he was currently reading J Krishnamurthi. (Woah, that’s super intense stuff). At the airport, we boarded our flight back home, coming back via Abu Dhabi.

To check flights to Copenhagen and other Baltic destinations check out the listing of International Flights here.