Rohan Arora’s collection featured slip-ons and sandals with ghungroos for women and men’s lace-up shoes with black embroidery. I tried on the five-inch heels and they were super comfy.

Neha’s statement neck pieces were of unconventional shapes and had mother of pearl, white agate, onyx and other semi precious stones placed on velvet. I especially liked the unusual use of zips in the necklaces.

Leather is not just for the boys, nor is it just for belts or wallets. Sannam’s coloured leather pieces were embellished with studs and rosettes. I also liked her leather bows and clutches (which she has promised to convert into iPad covers). 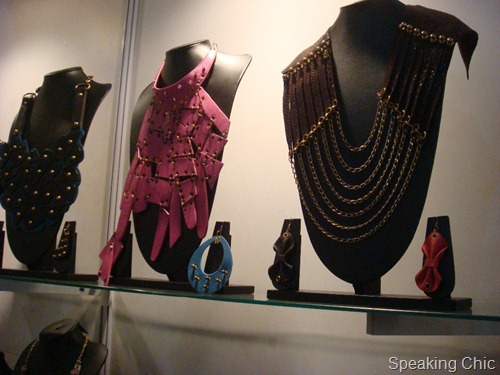 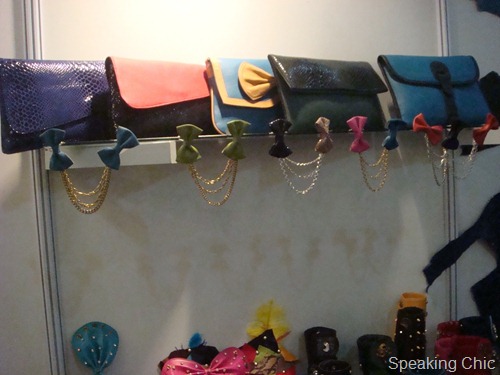 Felix’s range of accessories were bold in colour and embellishments- sequins, Swarovski crystals and feathers. I liked the cute clutches and brooches- eye catching stuff! 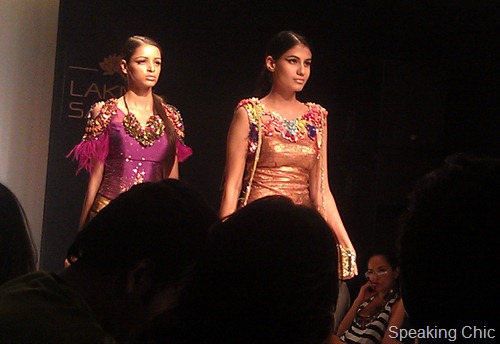 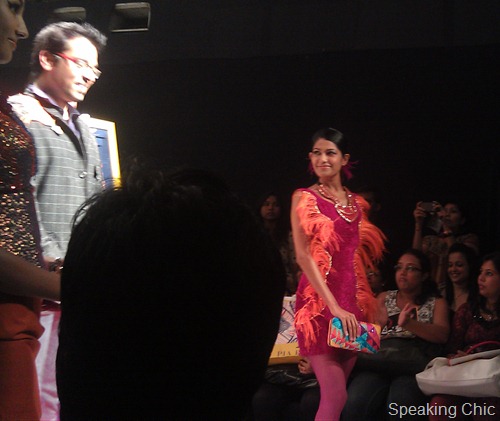 Some shows with noteworthy accessories:

Shivan & Narresh- Their studded neckpieces and belts were stunning, as always. 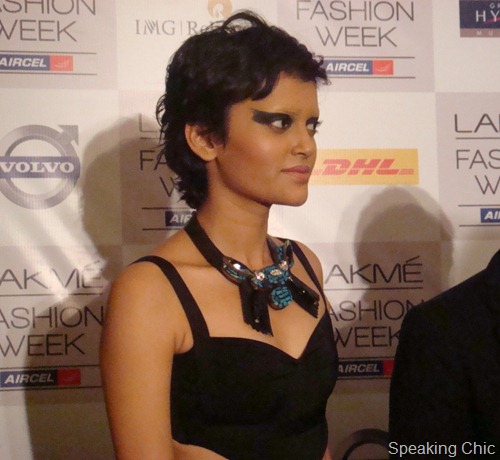 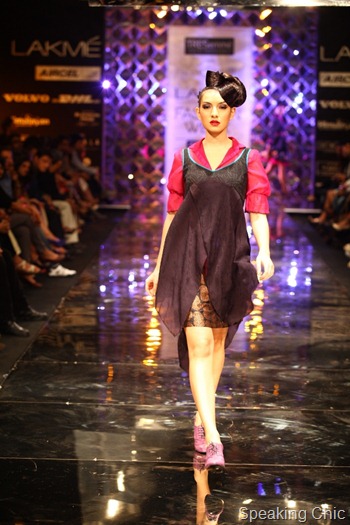 We love the present, but we can’t help looking back into the past especially when it comes to fashion. Every fashion lover seems to have a favourite moment from the days gone by. But I’ve looked back into the past to figure out whether the designers’ claims about the era are historically accurate.

Drop waist dresses from the 1920s. Bead work on luxe fabrics from the Fifties.

Historical accuracy: Low (Nothing Marilyn Monroe about the collection, as the designer claimed) 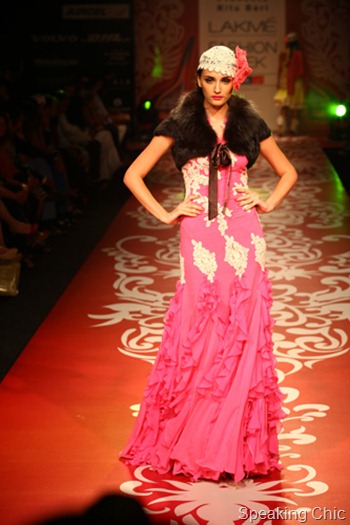 Prints from the 1970-80s- like checkerboard, geometric, zig zag.

Historical accuracy: Low (Prints from the 1970s-80s include florals, animal prints and even ink splattered.) 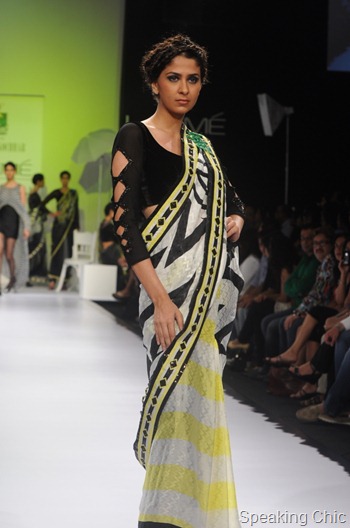