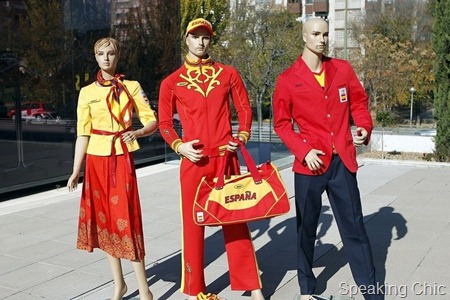 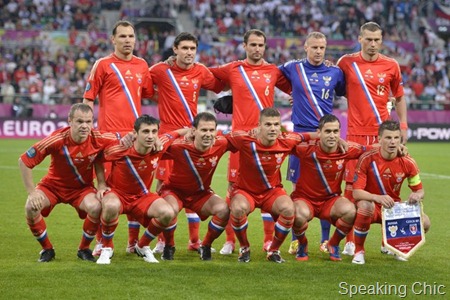 Earlier this week, we promised you more fashion disasters from US Open 2010, and here they are.

Leading the pack can be none other than Venus Williams, whose outfits everyone loves to hate. Speaking Chic reported earlier this year that her Wimbledon outfit rode up a bit too much. And this tournament it seems to be doing the same, but this time she’s got flesh-coloured umm… undies. Also, she calls the little jewels on her dress the “fireworks”.

“This outfit was supposed to be about New York. It’s like bursts of fireworks.” – Venus Williams

Here’s a glimpse of her pink dress (she’s also got the same in black), with a view from the back.

Then we have Maria “Shrieky” Sharapova, who loves experimenting with her tennis outfits, and this time trying a bit too hard to get some kind of collar(?) into her tennis dress (below left). Meanwhile, Caroline Wozniacki’s gone too short (below right).

Among the men, the Bryan brothers are wearing very bright and colourful tees, best worn in college (below left). And Frenchman Gael Monfils is wearing wear-at-home shorts (below right).

Who’s the worst of the fashion disasters at the US Open this year?