At Lakme Fashion Week Summer Resort 2015, I was looking for inspiration for a new Indian look and I found it at Gaurang. His collection was a refreshing break from the ethnic boho and heavy embellished collections that usually dominate the ramp. 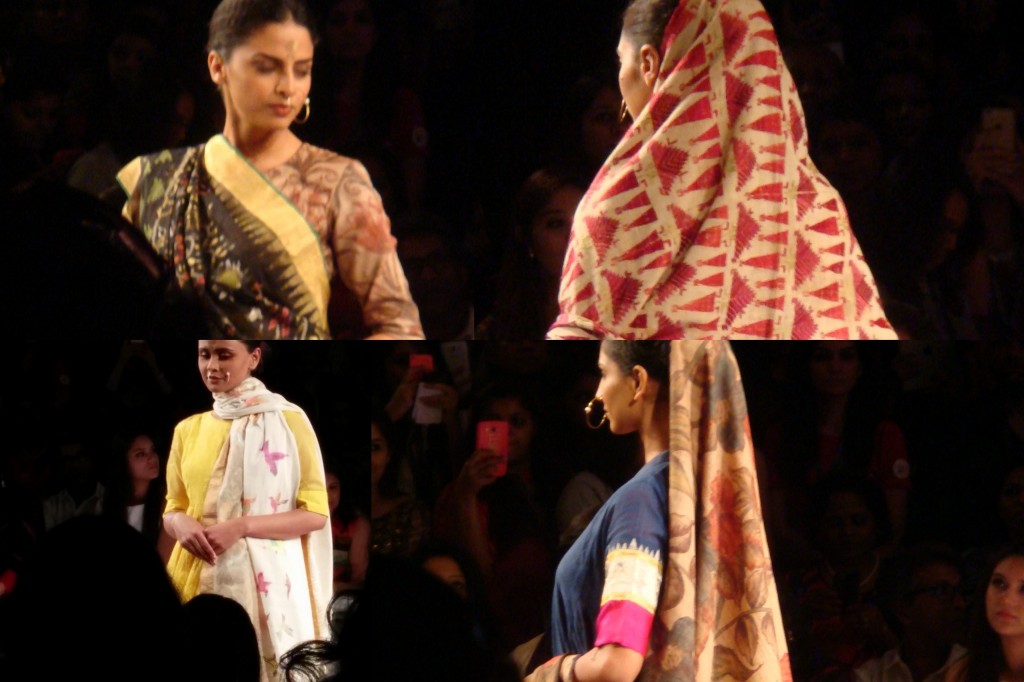 Very Indian in style, silhouette and colour palette, the show featured eye-catching dupattas that I dubbed “statement dupattas” because you can make them the cornerstone of your ensemble. The dupattas featured jamdani, phulkari, chikankari and kalamkari work. Since that show I’ve been hunting for beautiful dupattas—printed, embroidered, embellished, appliquéd, what have you…. I haven’t had much luck and I’ve moved to another country but I can continue to dream, right? 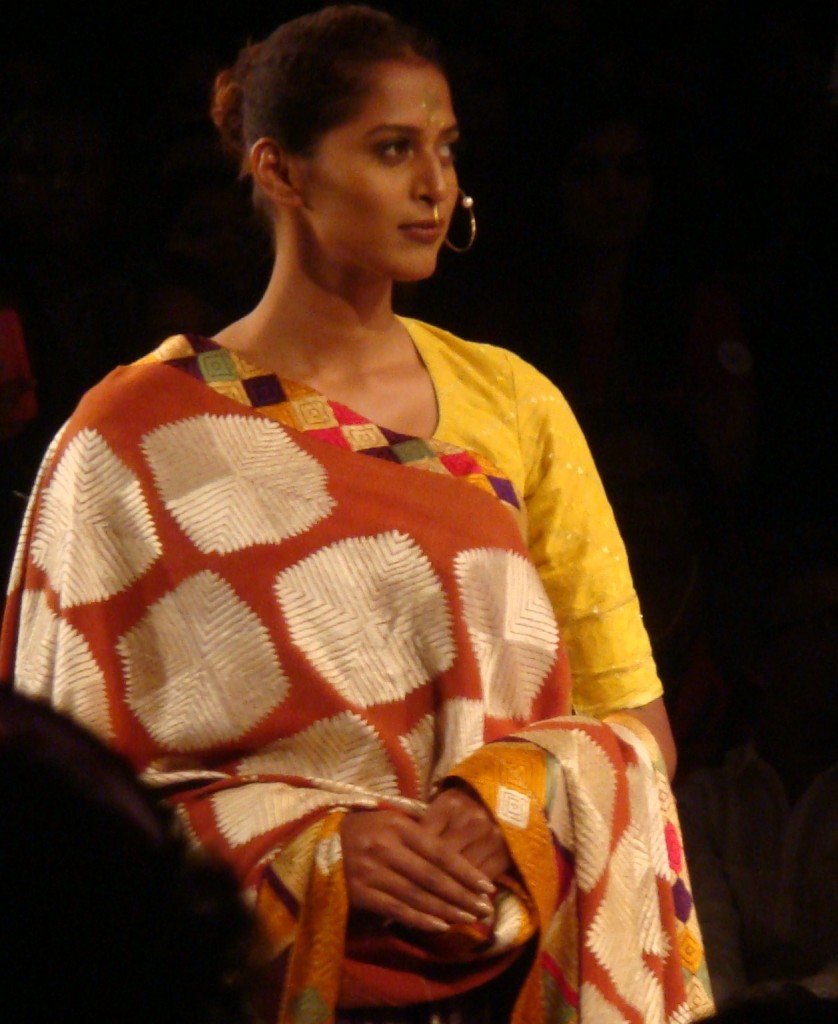 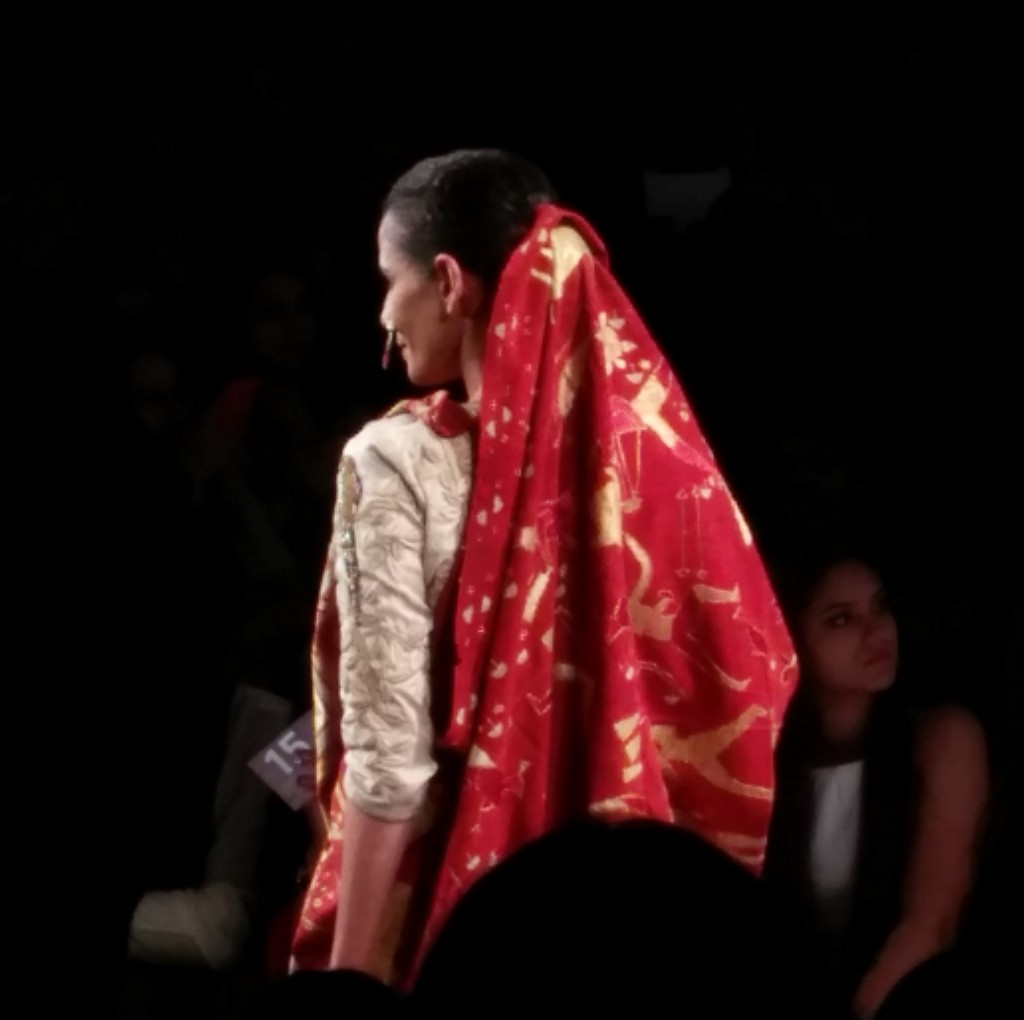 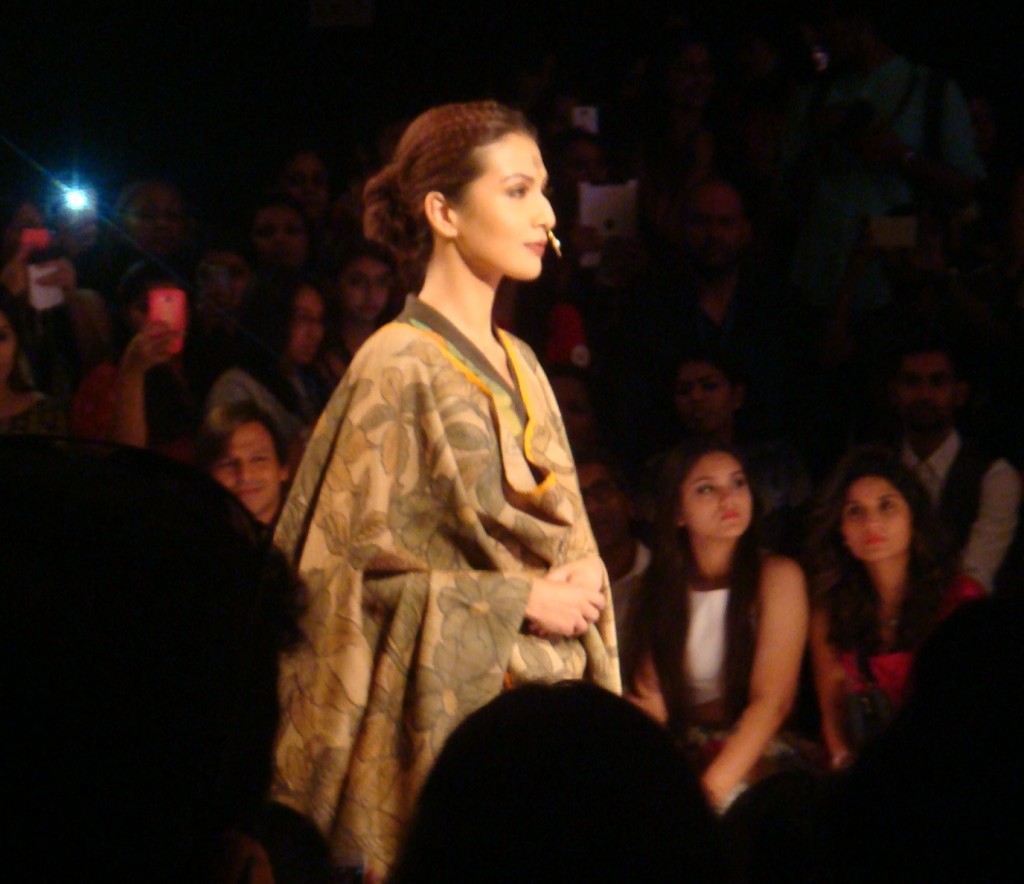 BTW, as icing on the cake, Vidya Balan was the showstopper for Gaurang. 🙂 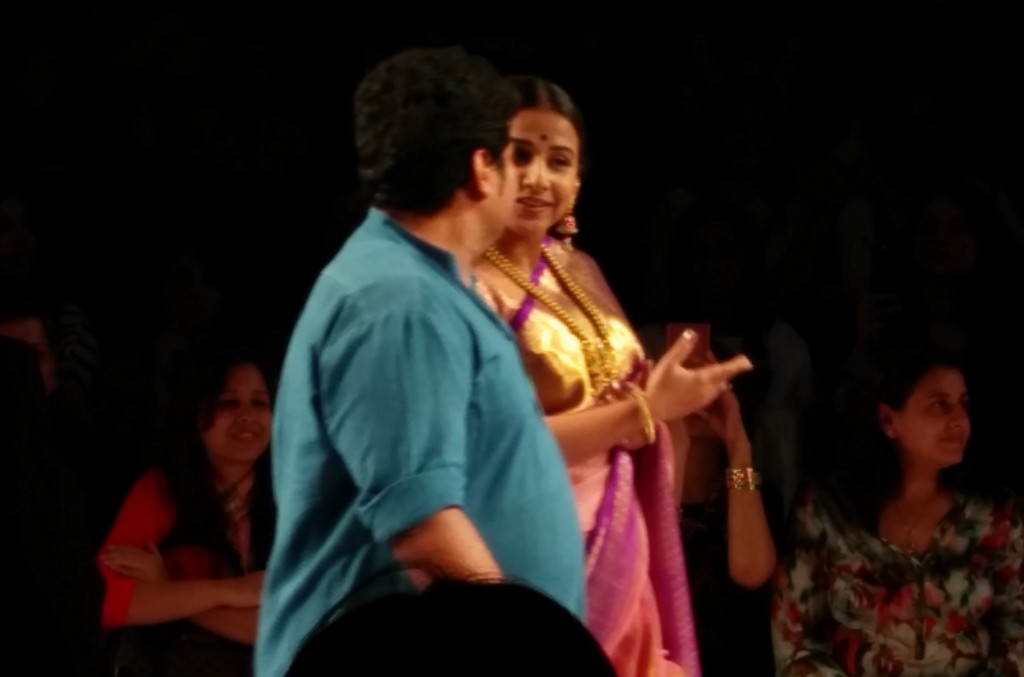 It’s the wedding season, ladies! With so many options out there, I’ve handpicked my favourite pieces for this wedding season by theme- colours, styling, silhouettes etc. Take a look and let these gorgeous outfits inspire you for the sangeets, mehendis, weddings or receptions you attend this festive season!

Which theme is your fave and which outfit makes it to your must-have list? 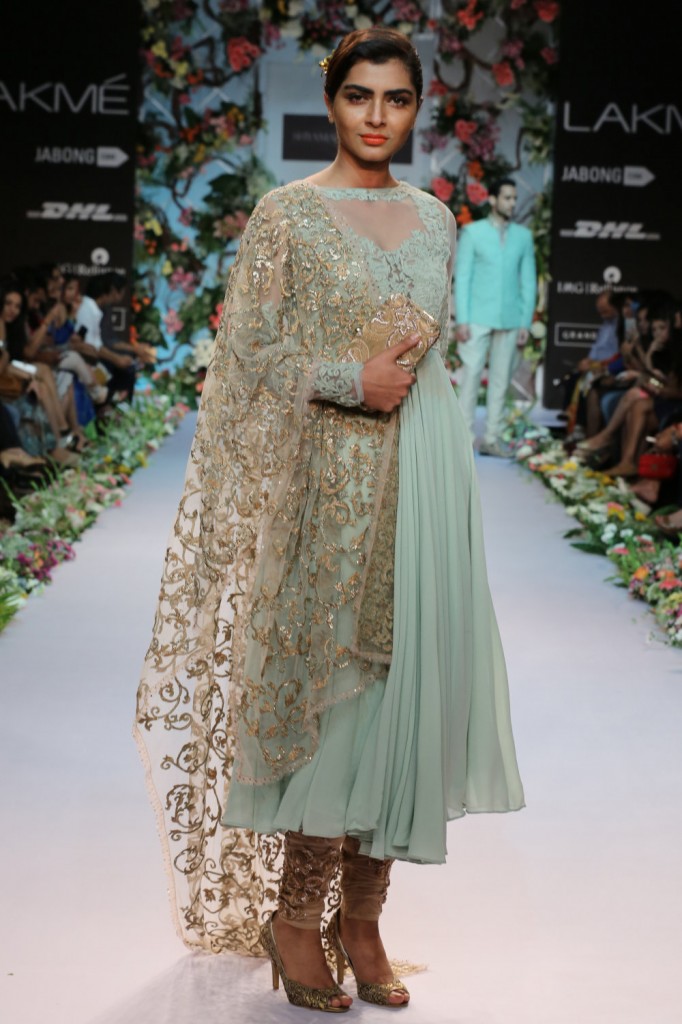 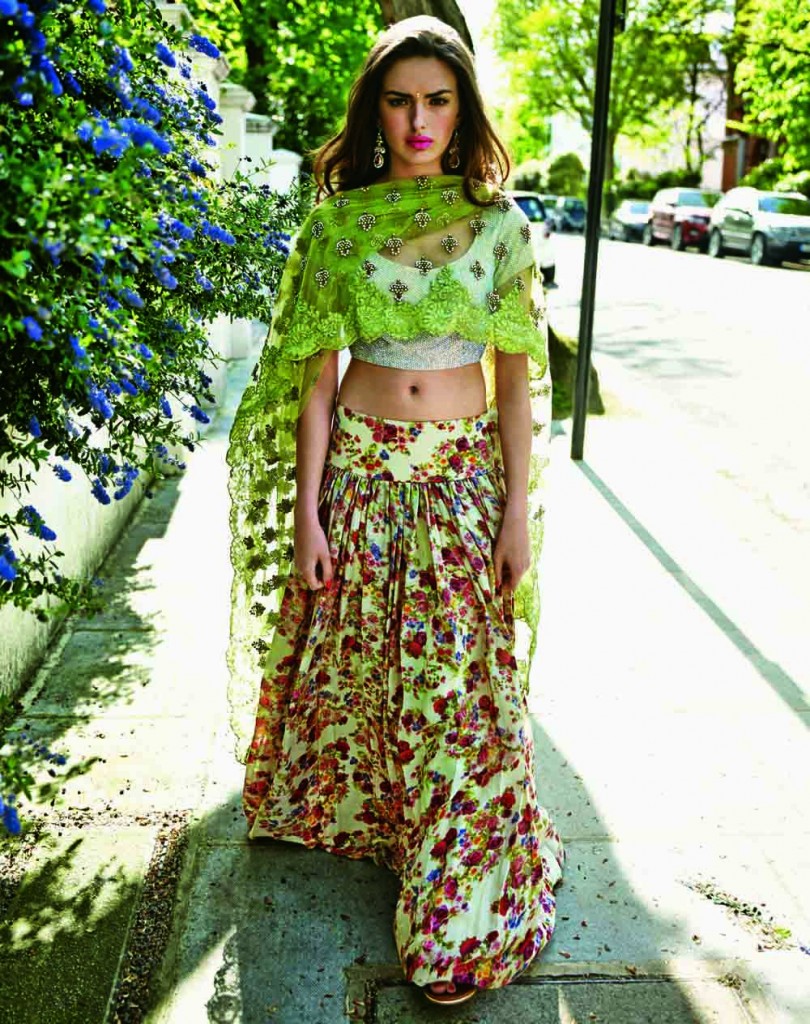 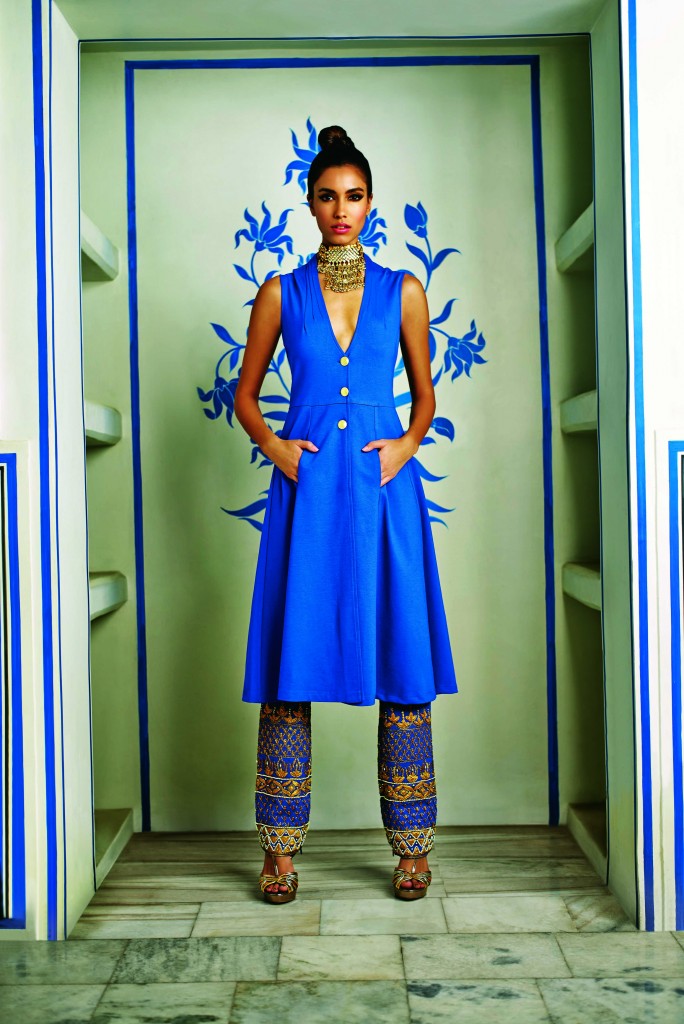 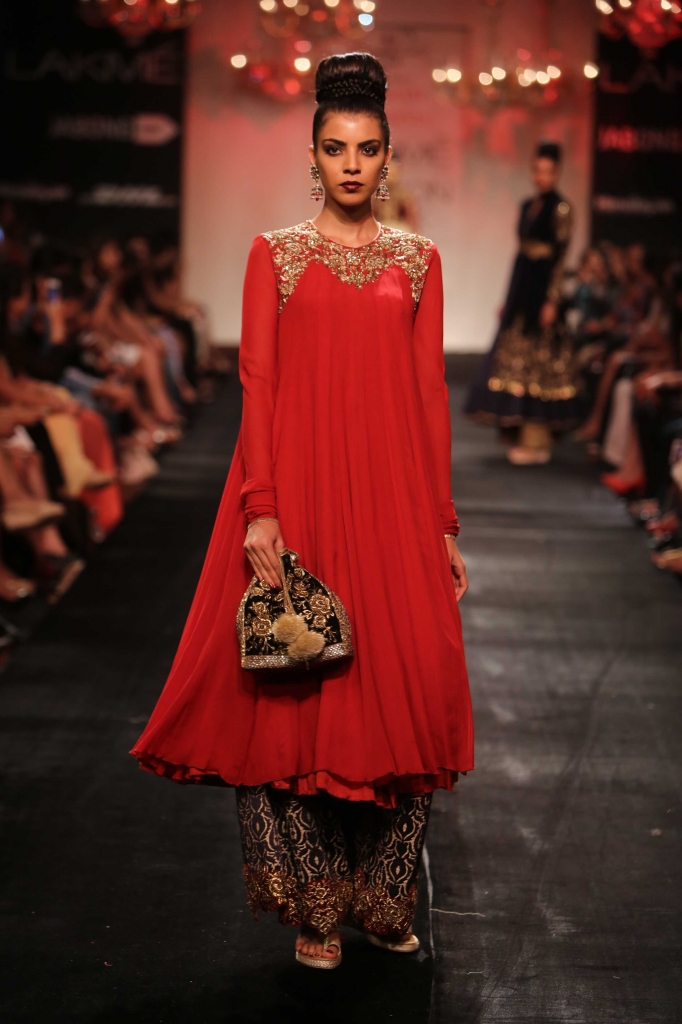 And now for the colours… 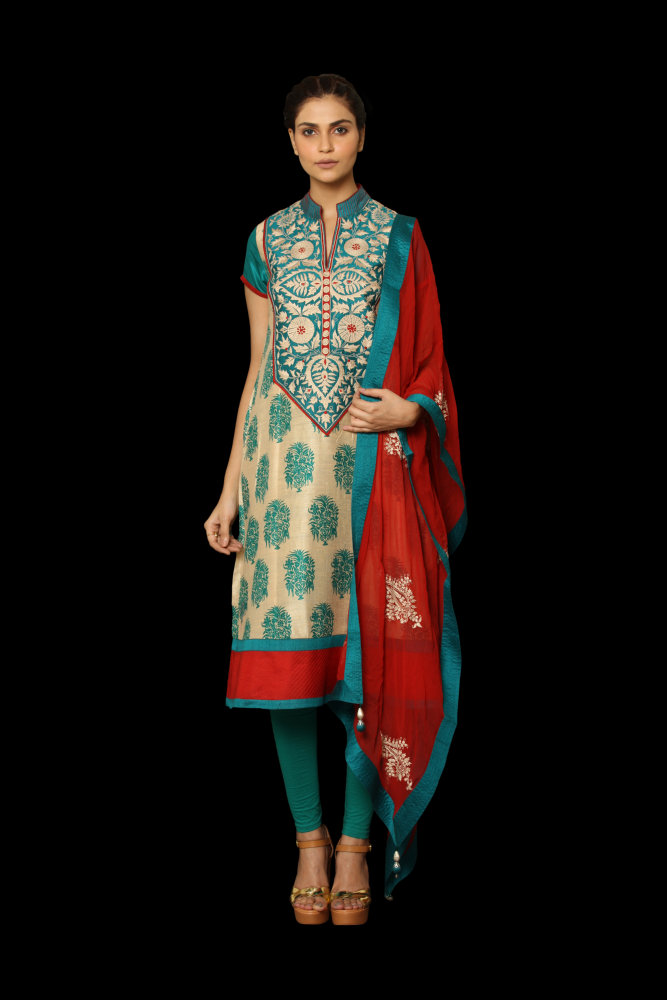 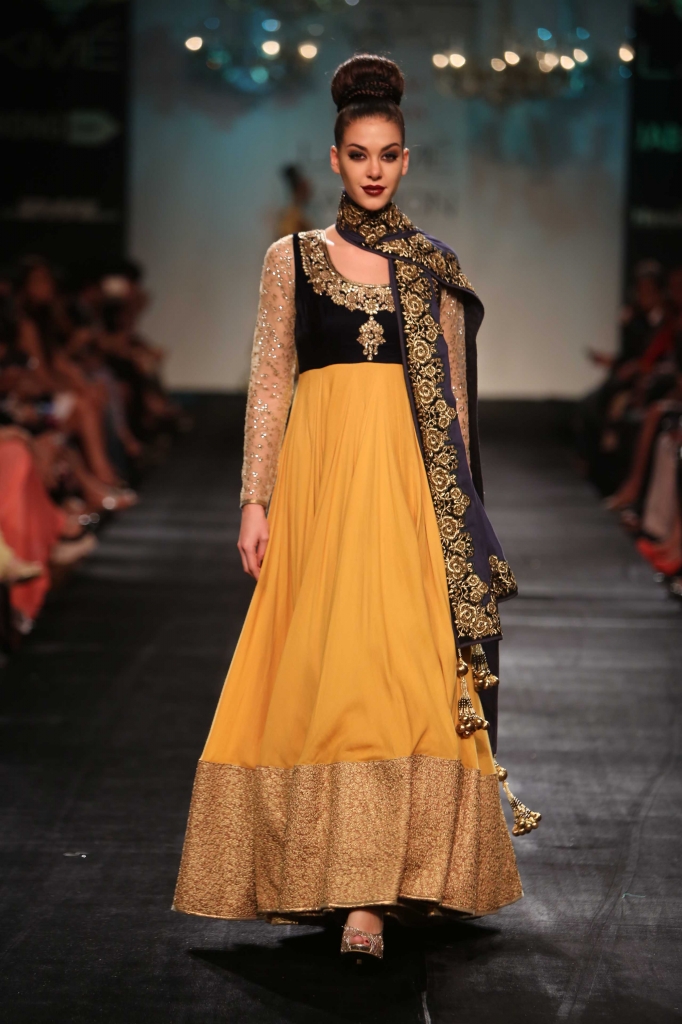 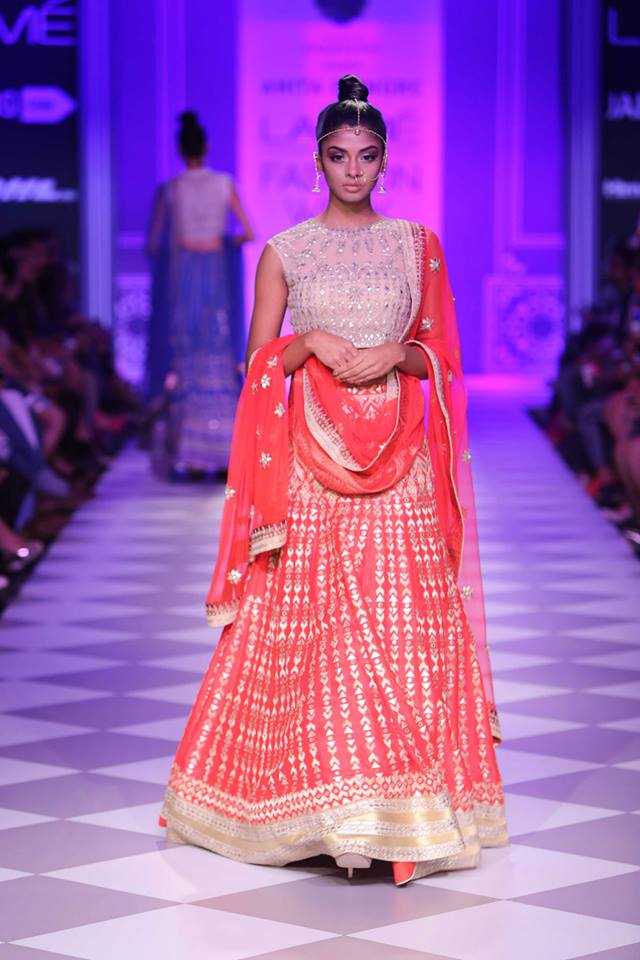 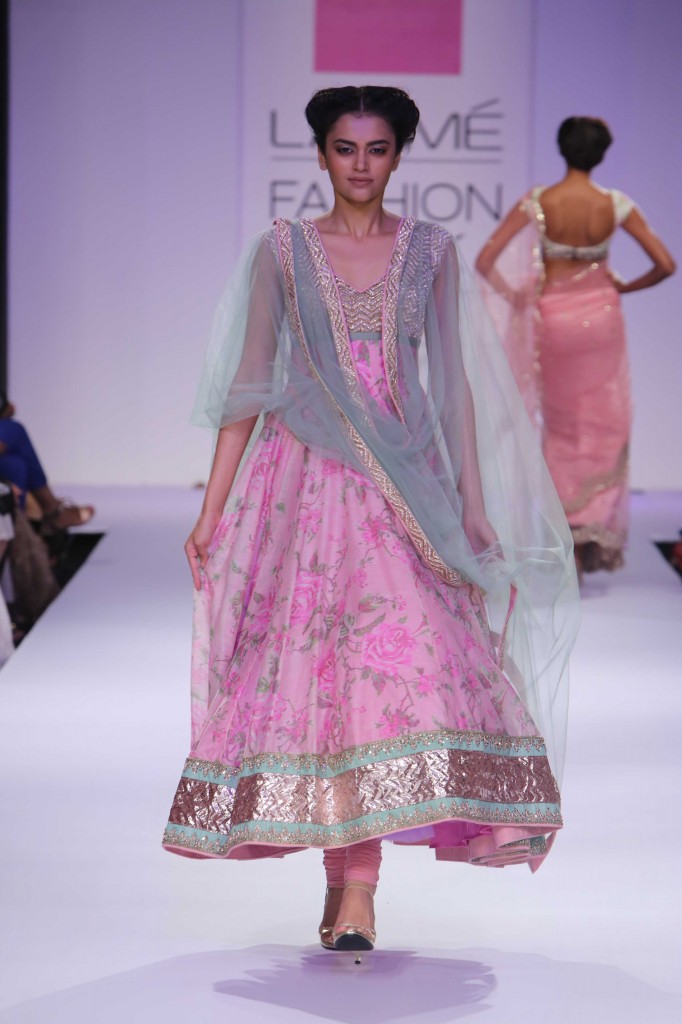 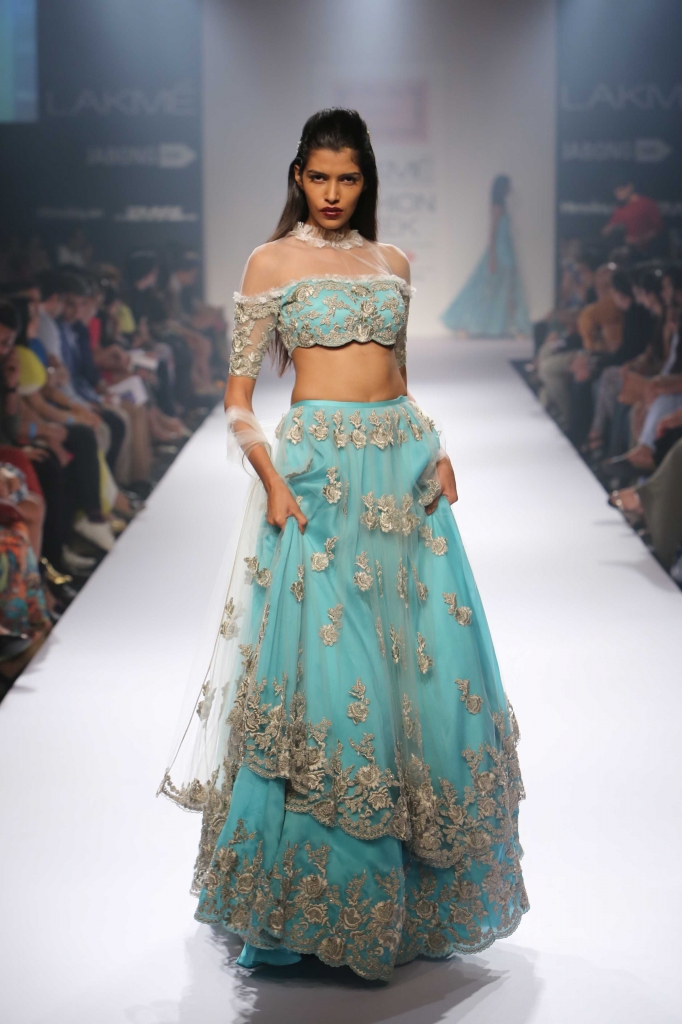 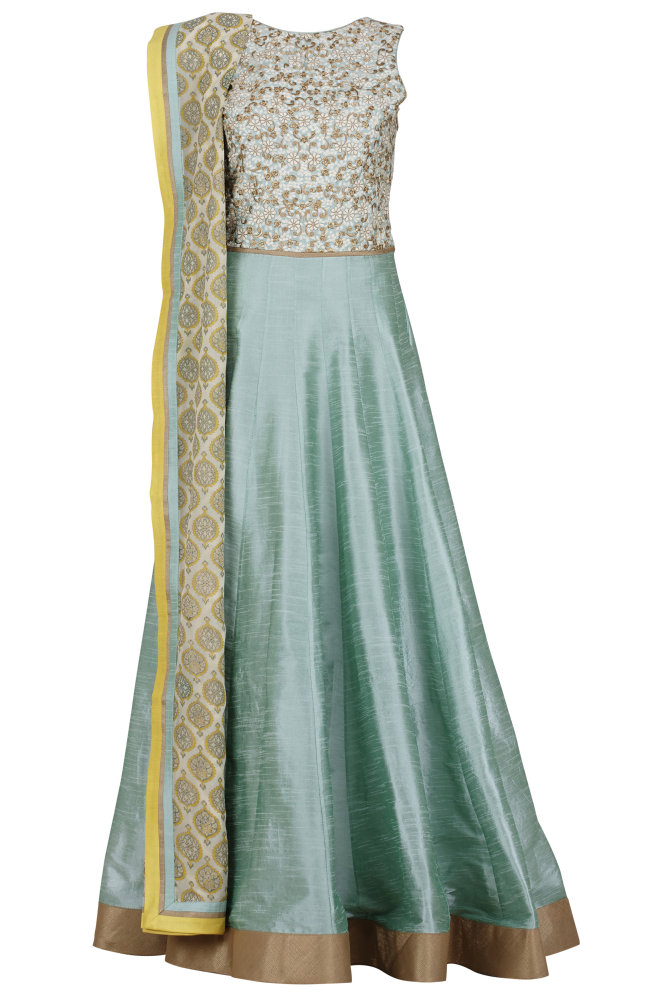 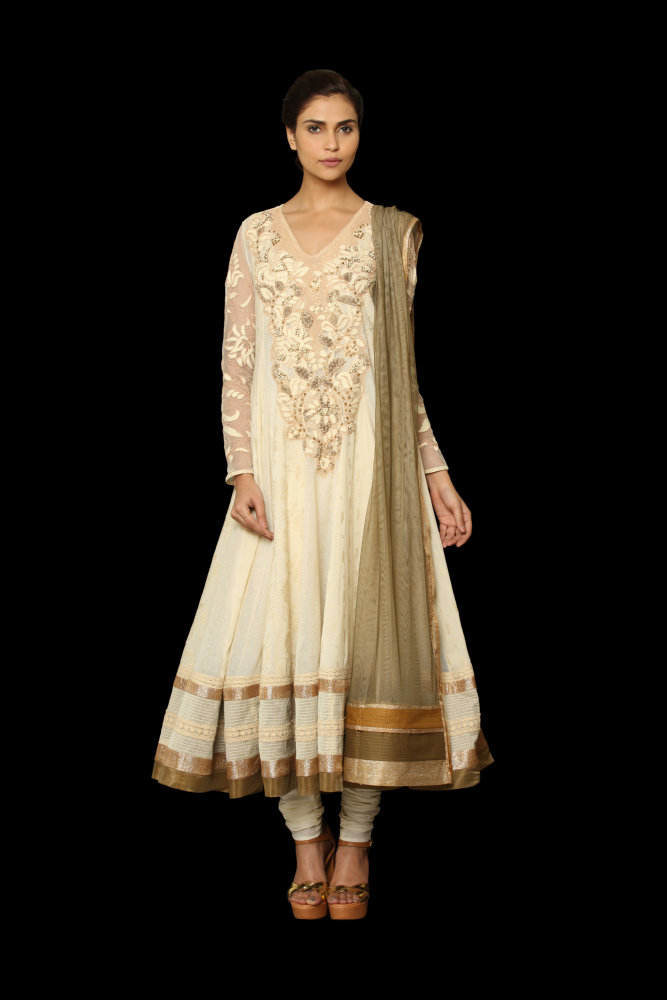 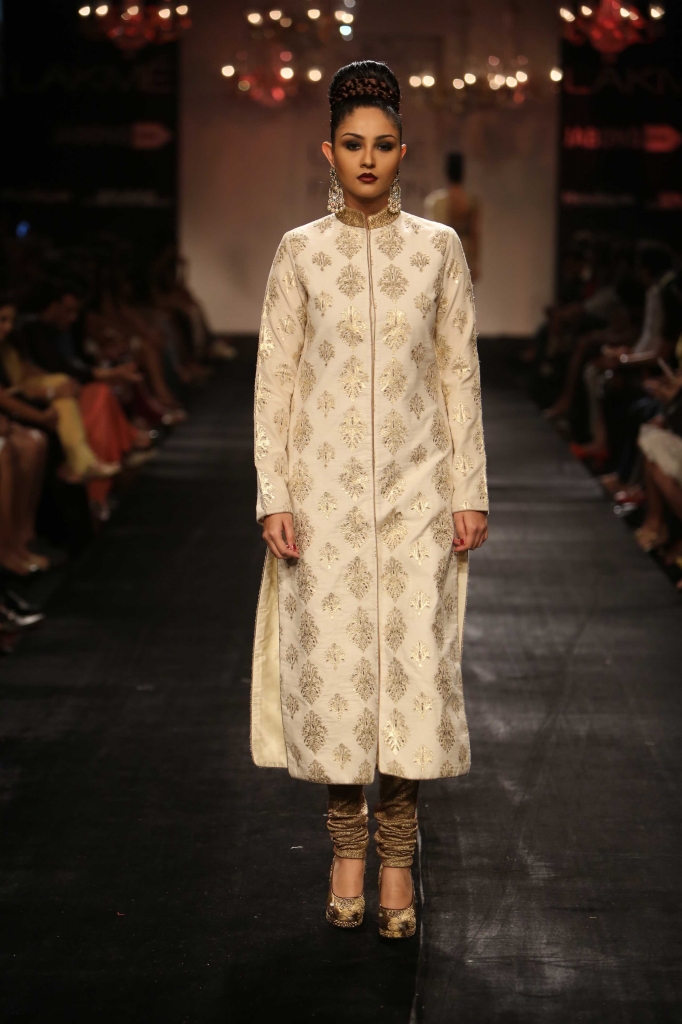 What we’ve spotted already are plain crushed dupattas with kurtis, and printed stoles with tshirts and shirts. In one scene, Anushka has casually draped a shawl over a green kurti and jeans.

Niharika Khan has carefully contrasted colours and clashed colours, and selected prints that are easy to carry off and what a typical Delhi girl would opt for. She’s ensured that Shruti’s clothes are relatable, and, more importantly, accessible to every young woman across the country.

Of course, there’s no ground-breaking fashion to be seen in Band Baaja Baaraat (at least in the promos), especially since Shruti wouldn’t be the type to experiment with fashion. But hey, we wouldn’t be surprised to see girls flaunting their scarves over the next few weeks. I’d be one of them. 🙂

PS: Also check out Anushka Sharma’s patiala salwar in a song from Band Baaja Baaraat. These have been around on-screen and off-screen for a while now, and seem to rise and decline in popularity every couple months.

What do you think of Anushka Sharma’s clothes from the promos of Band Baaja Baaraat?