When I visited Berlin a year and a half ago, I headed to Kurfurstendamm to shop. As the stores’ window displays tempted me, my eyes fell on a strange church across the street. It looked around a century old and the spire seemed ripped off. 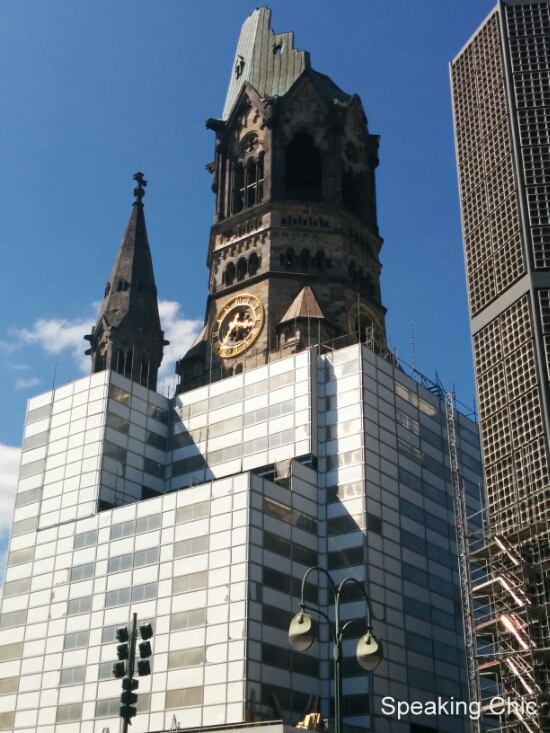 Despite the construction work going on, there were no signs of fixing the spire. I wondered, why would the technically-perfect Germans allow a church to stay in its damaged state?

It took me some time to find the answer. This church (Kaiser Wilhelm Memorial Church), built in the 1890s was partly destroyed by an air bombing in 1943. In the 1950s, restoration plans were developed but the public and  powers that be decided to keep the ruined tower as a reminder of the futility of war. Instead, a new building was constructed near the original. The result: this hexagonal building by architect Egon Eiermann. 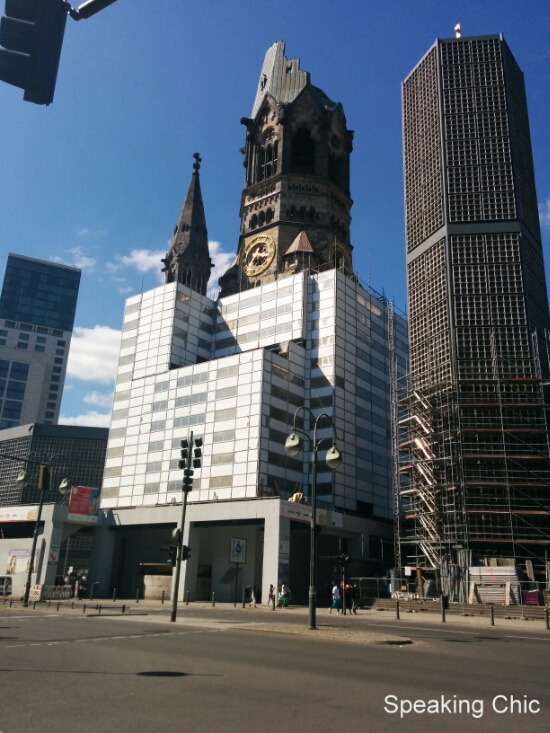