Bags for boys were spotted in several shows—Shantanu-Nikhil and Arjun Khanna, to name a few 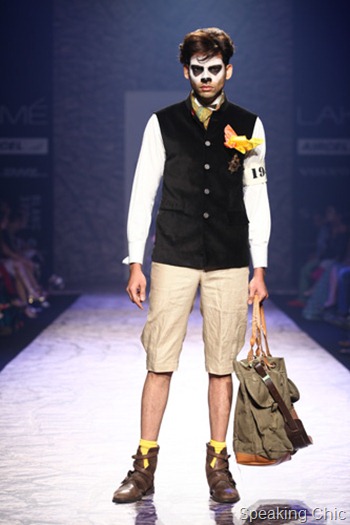 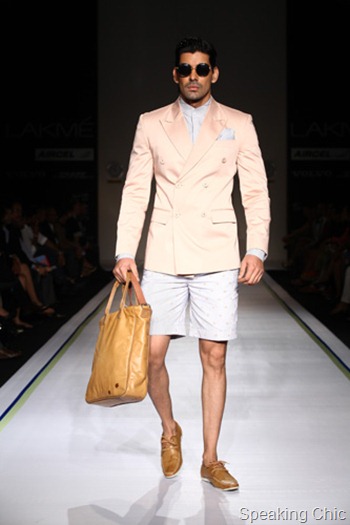 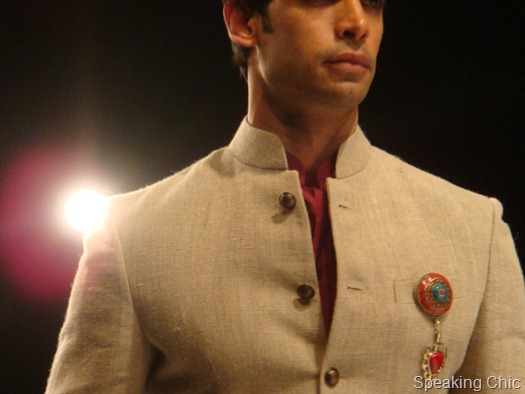 High-top sneakers at Kunal Rawal are the ultimate in cool shoes!

Mojris aren’t usually seen in fashion shows, so this was a pleasant surprise at the Rohit & Abhishek show. 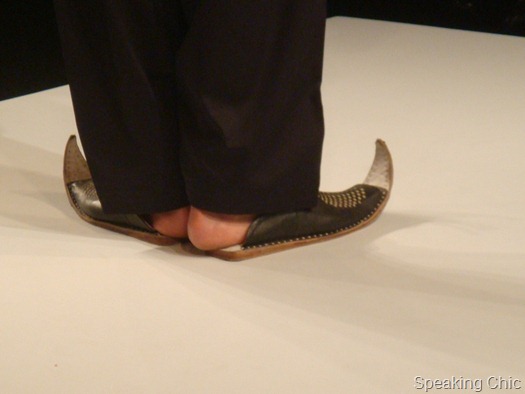 Fashion week is not just about the fashion shows, trends and celeb showstoppers. It’s also about taking a closer look at my favourite or upcoming designers’ collections in the “stalls” area (it’s called The Source at Lakme Fashion Week).  In this season of LFW, a few desginers chose to showcase their collection in creative ways that were in like with the theme of their collection. Here are the best stalls from Lakme Fashion Week Summer Resort 2013 (in no particular order):

Check out the wooden slats, sailoring equipment and the hat hung on the wheel. 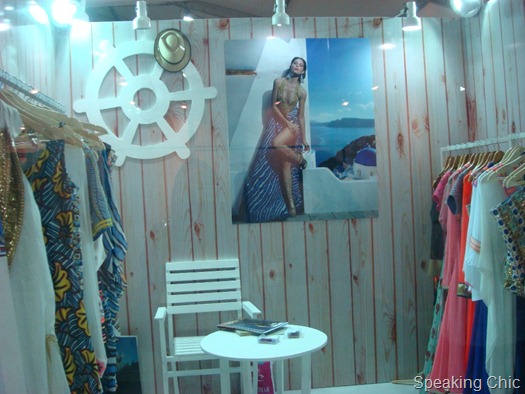 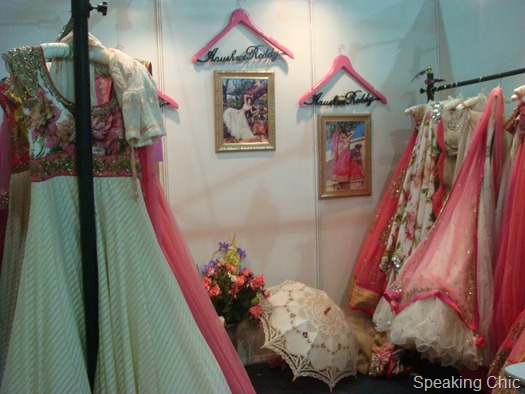 It’s got the feel of a royal hunting lodge! 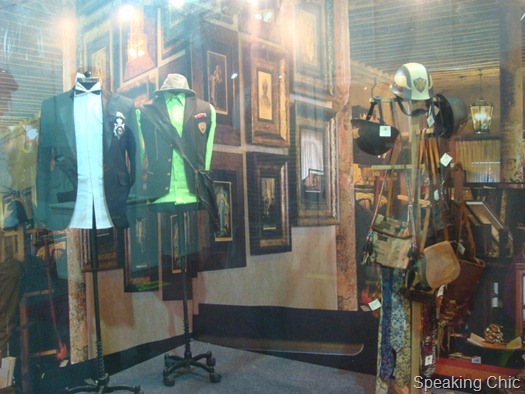 Shivaraj Subramaniam, Marketing Director, Van Heusen said, “Arjun Khanna brings alive the classy drama through his exquisite collection and retains a sense of Indianness in his collection. His signature style of fusing colour and decorative detailing with contemporary styles make him one of the leading designers of the country.”