Spoilt Ambala girl Kavya Pratap Singh (Alia Bhatt) is getting married soon. And she’s hell-bent on wearing a designer lehenga on her big day, a “local” lehenga just won’t do. And this determination is where the story of Humpty Sharma ki Dulhania begins.

A month in Europe or a designer lehenga?

While DDLJ’s Simran (Kajol) wanted a month of freedom and escaped to the beautiful landscapes of Europe, all Kavya wants is a designer lehenga, and escapes to Delhi. So this movie that aims to be the new generation’s Dilwala Dulhania Le Jayenge (DDLJ), swaps a yearning for independence with a strong desire for an outfit. That’s quite a leap this generation has taken.

Kavya (the bridezilla who’s never seen the guy she’s about to marry!) is so determined to get her hands on a designer lehenga, that she sets about looking for ways to raise funds for her bridal outfit.

Since Humpty Sharma ki Dulhania isn’t a documentary on young India’s materialism, it takes a dig at the designer obsession. There’s even a something on easily-available designer fakes that look like the real thing. The “fake” sellers swear the outfits are “real” and gullible people buy them happily.

I’m bored of seeing Punjabi girls on screen wearing patiala salwars, like they don’t wear anything beyond that. Alia Bhatt wears her patialas almost all the time—with tees and kurtis, sometimes adding a shirt over the tee, or a tee with a sheer leheriya waistcoat. The dangling earrings and jhumkas may aim for an Indian boho look, but it seemed like she was trying too hard to look boho. 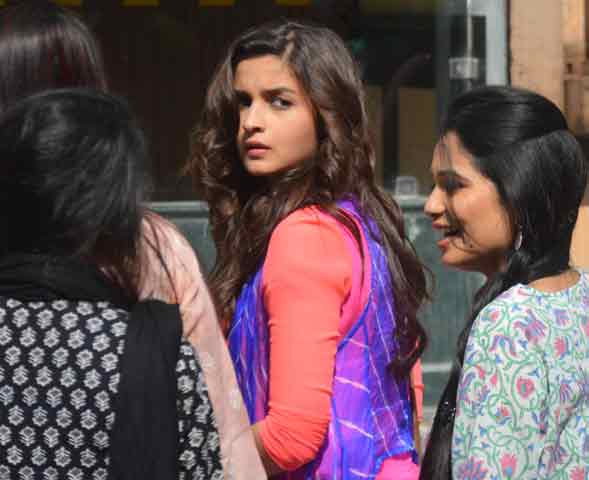 Interestingly, I found Alia’s makeup far more appropriate. As a typical Punjabi, she’d be likely to apply lots of colour on her face, so there’s blush and lipstick and kajal in several scenes. After all, Punjabis don’t really know the fine art of subtlety.

As a vain guy, Humpty Sharma has carefully planned his look to project an I-don’t-care-a-damn look. For instance, he’s wearing pricey pairs of jeans and trendy t-shirts, like those with multi-hued stripes and tribal prints, often layered with shirts or light jackets. As far as his style goes, Humpty’s look was smart casual meets urban chic (for men). Costume designer Archana Walavalkar has done a great job styling Varun Dhawan. 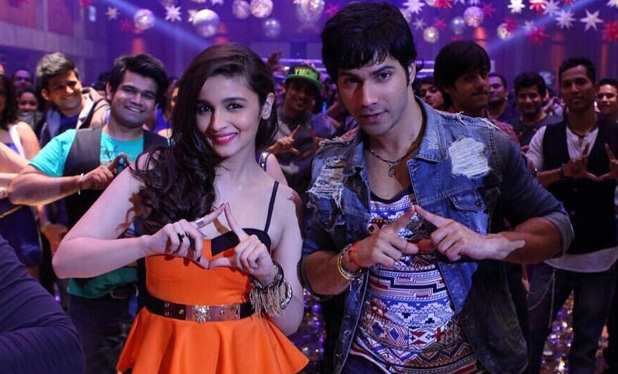 But his key looks are the DDLJ-inspired ones (more on them below). If you remember DDLJ you know why they have some significance.

DDLJ-inspired costumes- The Hits and Misses

I would have loved to see an unusually-coloured lehenga on the bride in this movie (like Kajol’s green, which was unusual for the time), but Alia Bhatt wore orange for her mehendi and bright pink for her wedding, pretty standard choices for brides these days. And while Kavya experimented with her outfits during her Delhi stint, they were barely a shadow to Kajol’s daring outfits during her Europe trip (a statement on her month-long freedom).

The stronger DDLJ influence on costumes is seen on Varun Dhawan. When he wants to impress Kavya, he goes to meet her wearing a black leather jacket, very similar to the one Shahrukh Khan wore when he met Kajol in the train the first time. The spunky Kavya points out the jacket is completely inappropriate for the Delhi heat, deflating hiss ego. 😛 In the climax, Varun is in a brown jacket, again reminiscent of SRK’s costume in DDLJ in the famous train scene. 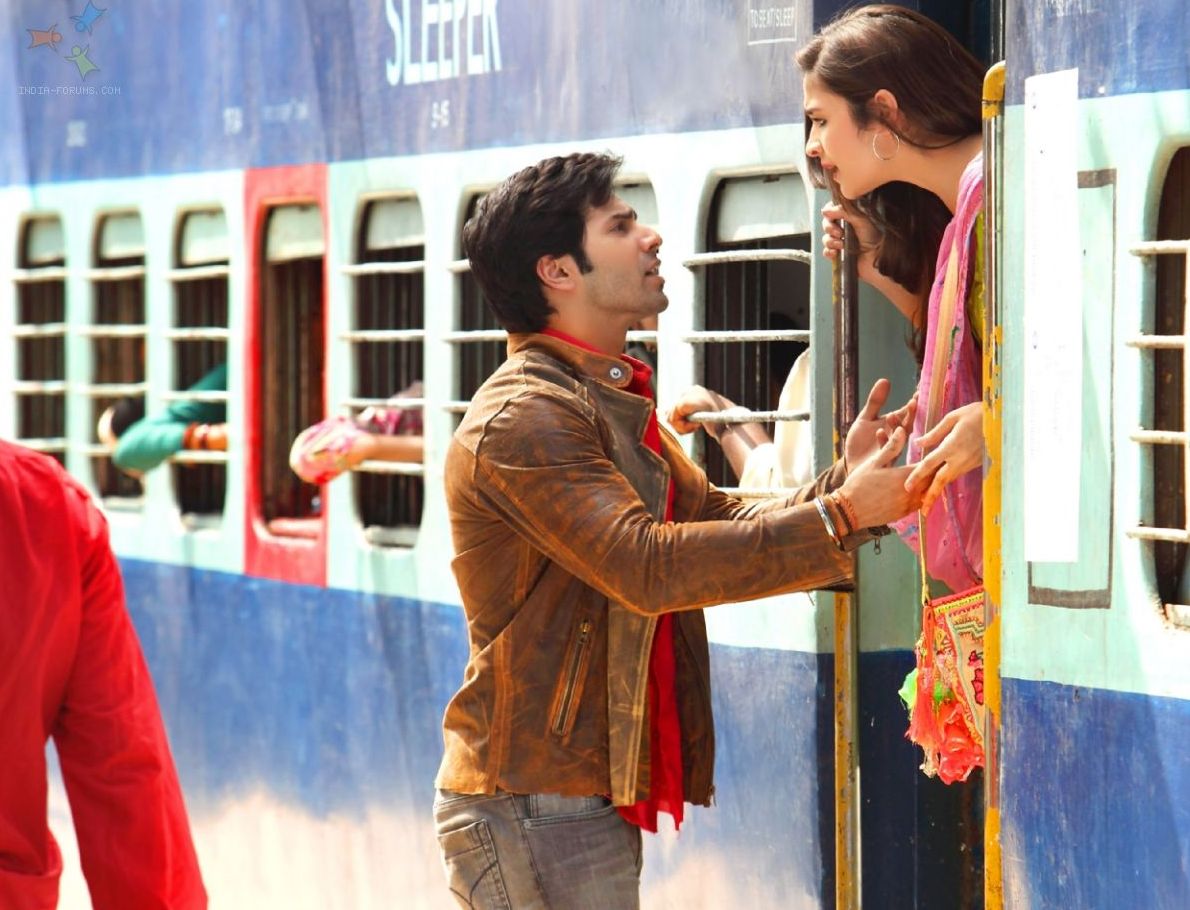 Humpty Sharma ki Dulhania may try to be an homage to DDLJ, but its costumes stand nowhere close to the fresh take on outfits seen in the original and nor does the movie, which was the GREATEST ROMANTIC MOVIE of all time. Yeah, I still <3 DDLJ. Sigh.