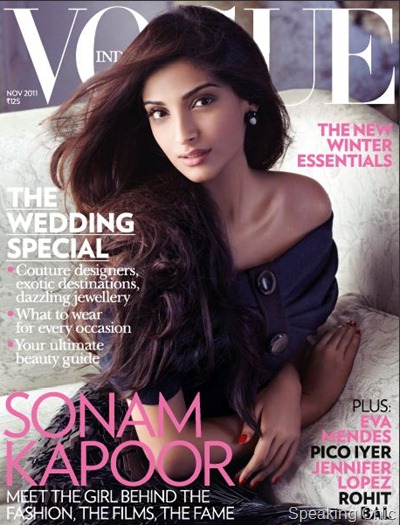 Dum Maaro Dum released last weekend, after a long series of promotions by the cast—Abhishek Bachchan, Bipasha Basu, Rana Daggubati, Prateik and item girl Deepika Padukone. Take a look at this picture taken at a cricket match last month, where the team turned up to promote the movie:

Some quick fashion lessons from the actors:

Bipasha was styled by a team from Mango, Aldo and La Senza for the movie (all high street brands). That makes an interesting fashion mix. It’s a stark contrast to Aisha’s high fashion, but it works for Bipasha and for the movie.

Meanwhile, tell us who do you think is better styled—Deepika Padukone or Bipasha Basu?

Dum Maaro Dum released last weekend, after a long series of promotions by the cast—Abhishek Bachchan, Bipasha Basu, Rana Daggubati, Prateik and item girl Deepika Padukone. Take a look at this picture taken at a cricket match last month, where the team turned up to promote the movie:

Some quick fashion lessons from the actors:

Bipasha was styled by a team from Mango, Aldo and La Senza for the movie (all high street brands). That makes an interesting fashion mix. It’s a stark contrast to Aisha’s high fashion, but it works for Bipasha and for the movie.

Meanwhile, tell us who do you think is better styled—Deepika Padukone or Bipasha Basu?

As we bid goodbye to 2010, here’s a quick recap of the fashion scene in India and overseas. Kicking off this fashion trends!

Even as the world sought retro inspiration, very few people (and movies) captured the essence of the 1970s without going OTT. One of the few Bollywood hits Once upon a time in Mumbaai got the decade just perfect, right down to Ajay Devgn;s moustache and white-clothes obsession. And we’ve already mentioned how hot Randeep Hooda looked in Ray-Bans.

At the risk of starting another debate, we have to say that we liked Aishwarya Rai Bachchan’s clothes in Guzaarish though they seemed completely out of character.

Every self-confessed shopaholic/ fashionista in India (or at least in Mumbai and Delhi) flocked to Zara when it opened two stores in July. A worthy competitor to Mango (another Spanish fashion brand), Zara quickly became a must-visit shopping destination for visitors to the two cities. My relatives from Amritsar wanted to visit Zara, so did my (not-so-fashionable) boss (sincere apologies in advance!). We were excited enough to take some spy shots there (see this initial Zara review of the Mumbai store).

In the latter half of the year, Delhiites got lucky when a huge Forever 21 store opened at Ambience mall (Vasant Kunj). I briefly visited the much-hyped store in Delhi recently, and I must say I was impressed with the sheer size of the collection, and most of the clothes weren’t too bad either.

And then there was Diesel and plenty others joining the fashion party. Looking forward to more high street brands coming to India in 2011. Fingers crossed!

Internationally, well-known celebs bagged a number of ad campaigns: from Madonna for Dolce & Gabbana to Julianne Moore (wearing almost nothing) for Bvlgari. Even as the latter ad was banned in Venice, Madonna’s portrayal of a housewife told an enchanting story. Lovely!

On the Indian advertising front, the Levi’s Curve ID TV ad disappointed. A LOT. The Curve ID concept is great (you choose jeans by your body shape rather than size), but the most of the ad shots were focussed on the girls’ umm… behinds. Seemed almost voyeuristic. Great track, though.

In the past few weeks, Abhay Deol in shirtsleeves, looking absolutely dishy in Aisha promos, is giving a whole new meaning to corporate-cool. A modern-day take on Jane Austen’s Emma, Aisha is perhaps India’s first truly fashion film, with Sonam Kapoor in designer wear throughout, and Abhay Deol looking dapper in bespoke suits. (Psst.. last December, we had touted Aisha as the film to watch out for in 2010).

Speaking Chic talks to the costume designer behind the Aisha men—Kunal Rawal.

Kunal is a young Mumbai-based designer known for his casual wear label D.stress. His clothes have been worn by ShahRukh Khan and Abhishek Bachchan, among others.

You have worked with Anil Kapoor’s production house earlier—doing some outfits for Akshaye Khanna and Arshad Warsi in Shortkut. What led you to Aisha?

After Shortkut, I wanted to experiment with different fields, and decided to dedicate some time to fashion weeks and films. I took up Aisha because I knew the producers understood fashion and its importance completely.

To what extent do you think films need to pay attention to costumes?

The young Indian audience wants to see something real in films. At the same time, a movie is about actors, the characters they portray and their performances. If a costume doesn’t work, the character breaks down. If an actor gives a brilliant performance wearing a garish shirt, but the garish shirt will be more talked about than his performance.

In Aisha, Abhay Deol plays Arjun Burman, an investment banker; how much do you relate to that?

I’m poles apart from a banker! And that’s what excited me about working on this film.

How did you arrive on a look for Arjun Burman?

As a contemporary banker, Arjun would have a certain taste—opting for comfort and practicality, while still being stylish. Keeping this in mind, we looked for the right fabric and cut for Arjun. The fabric we chose was a good cotton blend, not too woolly and not too limp either. We created mood boards for him, and I designed custom-made suits for Arjun.  What resulted was at least a dozen custom-made suits for Abhay, each of an optimum cut and fit.

How would you define Abhay’s suits in the film?

The suits are simple, yet unique because of the subtle detailing—slim, single-vented, single breasted, with small lapels.

What is Arjun’s style statement?

Arjun doesn’t try too hard to look great, though he has a sophisticated style. For example, he blocks his colours well—you will see two-tone ties, in which the knot is one colour, while the tie is another.

And how would Arjun dress casually?

Arjun will wear a suit casually, without a belt. Check out the denim shirt in the posters, that’s in Arjun’s favourite fit, not what a typical banker would wear, but it works for him. He also loves crewneck t-shirts.

Where did you shop for the movie?

Even though Abhay’s look is mostly bespoke, I shopped a lot in London and New York for accessories, especially at thrift and vintage stores.

Let’s talk about Arunoday Singh, who plays Dhruv. How different is he from Arjun?

Dhruv is the complete antithesis of Arjun—he’s an outdoorsy Marlboro man.  So he’s wearing free-falling fabrics like linens and mulls.

All the looks are very relatable and achievable. I’m sure understated fashion will come back to the fore. So will colour blocking for men—it’s as simple as choosing your colours right. Also overshirts, like the one Arunoday Singh wears, could be a rage.

What did you think of this interview? Do you have any questions for Kunal Rawal? Tell us!