This week was Thadingyut, the Myanmar festival of light. That evening, as fireworks and lanterns lit up the streets and kids played with sparklers, noisy crackers resounded across Yangon. And then the city plunged into darkness. Thanks to a power cut that went on for a good three hours. 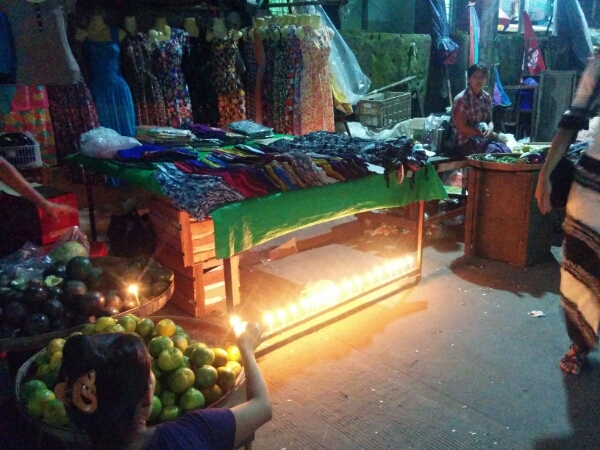 Street vendors marked the festival with small candles around their wares, even as several took the day off to spend at home or seeking divine blessing at pagodas.

The season of festivities across Asia has begun, as Thailand celebrates Loy Krathong and India celebrates Diwali aka Deepawali, both different versions of the festival of lights.