Yesterday a street seller appeared on Yangon’s Pyay Road while I was headed downtown, selling calendars featuring large pictures of Aung San Suu Kyi (aka The Lady). I was surprised since this is one of the most open displays of her support I’ve seen in Myanmar since I landed here in June. 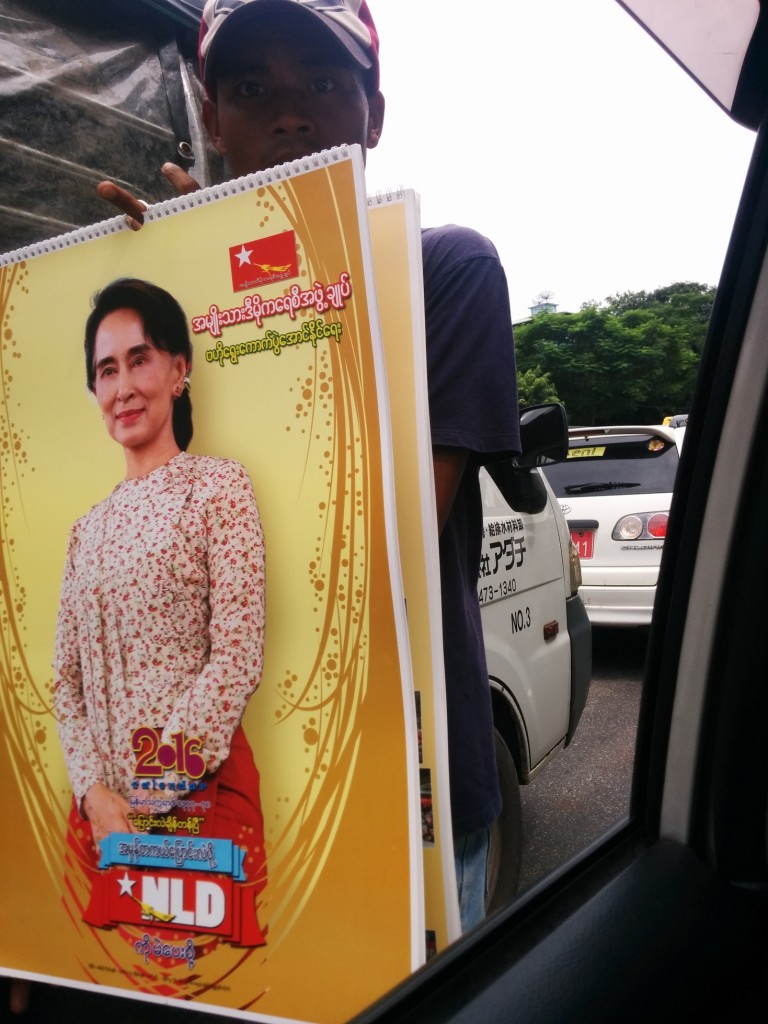 Till a few years ago, even speaking about The Lady privately could get you thrown in jail. The few who dared mention her did so in whispers and never in public (you never who was eavesdropping or was a spy). Since the country is slowly moving toward a full democracy with nation-wide elections scheduled for early November, Myanmar folk are now free to support Aung San Suu Kyi and her party NLD (National League for Democracy).

Here’s to peaceful and fair elections in Myanmar!

Sunday Street Stories is a series of images recording street signs from my travels. They could be significant in some way, funny, or have an interesting story behind them.