A royal palace, a prince, and a very propah rani. That’s hardly the right place for a vibrant, quirky, almost boho clothes. But then there’s the movie Khoobsurat and Sonam Kapoor pulling off the most outrageous looks in this high-society setting. 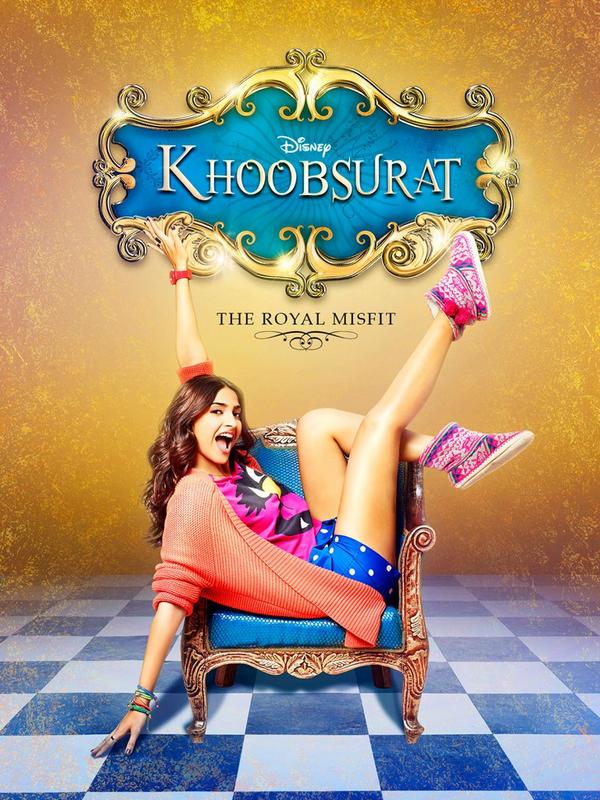 Sonam Kapoor plays Dr Milli Chakravarty in Khoobsurat, and her hard-to-miss outfits will get your fashion radar beeping. There are quirky colours and prints, perfectly complimenting her candid dialogues. Karuna Laungani, who has designed costumes for Sonam Kapoor in Khoobsurat , explains how it all came together.

How did you go about creating the look for Sonam Kapoor in Khoobsurat?

I was inspired by her character Milli- she’s a very unique personality. She doesn’t care what the world thinks of her, and is bit of a tomboy. But she’s also feminine, a bit Indian and modern. Her look is therefore a bit androgynous mixed with prints. She has lots of things running though her mind at a time, which shows on her clothes. So she would probably end up in a pair of mismatched socks!

What did you keep in mind while designing Sonam Kapoor’s look?

The director Shashanka Ghosh’s brief was clear—Milli needed to stand out. The movie is mostly set in a royal palace, so everyone and everything there is very proper. With her kooky persona, the reaction she is mostly likely to elicit from people is: “OMG, what is she wearing?!” But Milli carries off the look and makes it her own. Sonam’s look by itself may not make sense, but with her character’s personality, it all falls together. 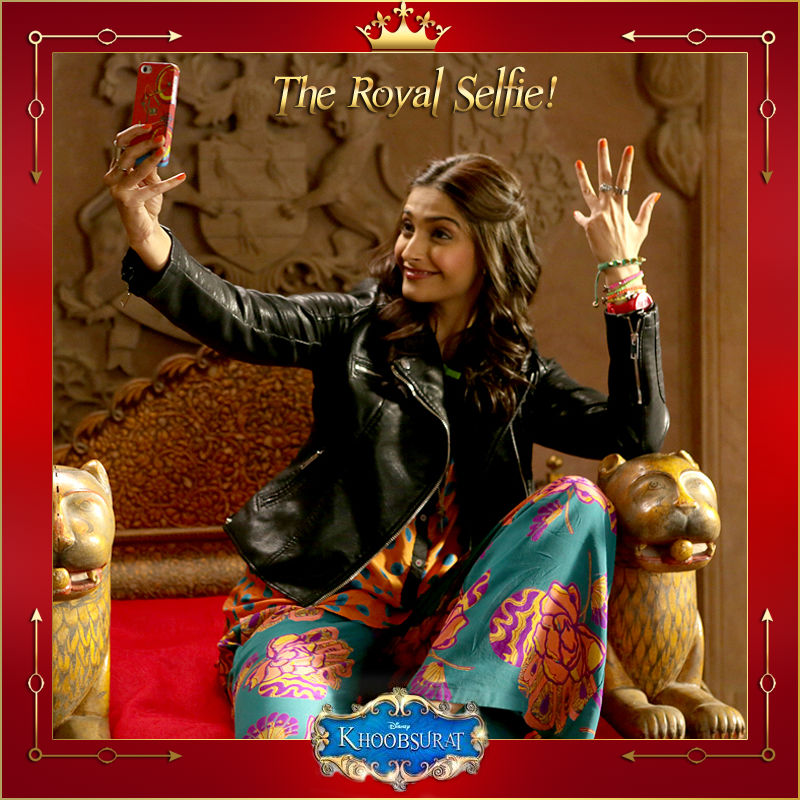 So what is Sonam wearing in Khoobsurat?

Since Milli she expresses herself with what she wears, I’ve played around with androgyny that’s mixed with Indian prints. There is also plenty of layering, and mixing of colours and prints. Since she’s eccentric and experimental, she may not wear a typical salwar-kurta. Instead she’ll wear dhoti pants and a Rajsthani patchwork jacket. And she’ll wear boxers with cute onesies as nightwear. 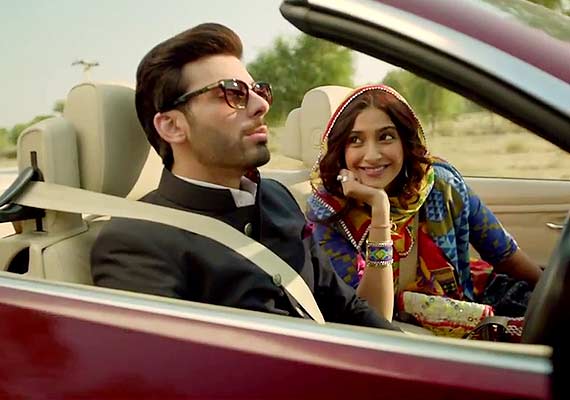 Where did you source Sonam Kapoor’s costumers from?

The sourcing was too much fun! We got to try a whole range of brands, looks and designers with all sorts of garments and accessories. I sourced a lot from Indian designers like Anupama Dayal, Karishma Shahani, and Pero (for scarves). From high Street, I chose Bhane for basics, and other brands like Vero Moda, Only, Zara and Asos. Her sneakers are from Adidas, worn with Happy Socks.

What about the accessories?

Milli’s accessories are fun, just like her. She wears Adidas sneakers throughout the film, they’re very sporty! You will also see her in jootis (since she’s living in Rajasthan) and her red watch. You would have already seen her maroon oversized spectacle frames in the posters and trailers. When it comes to jewellery, she’s wearing sensible studs (she’s a physiotherapist after all!), and there’s an arm party happening with lots of arm bracelets and arm bands! She probably got them on Friendship Day from her student days. 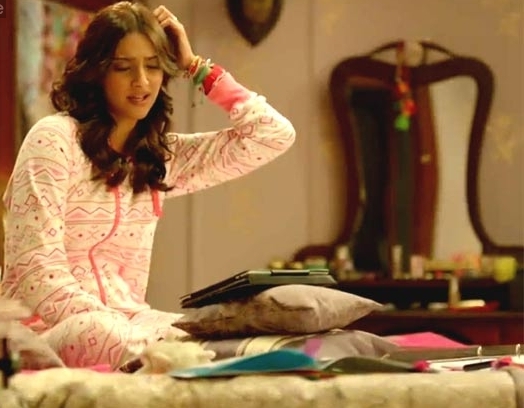 What is the one trend that you think stands out in the movie?

The Workout Look. Since Milli is a physiotherapist, she needs to wear practical clothes for working out. But she has fun even with her active wear. So she ends up wearing pink or blue tights with a striped sports bra, and interesting bomber jackets with floral prints.

What is the one thing you would to steal from Milli’s wardrobe?

EVERYTHING!! I like prints, colours, Indian textiles, and I love mixing everything up so it’s really difficult to say. But if I had to pick just one thing, I’d choose her sneakers. 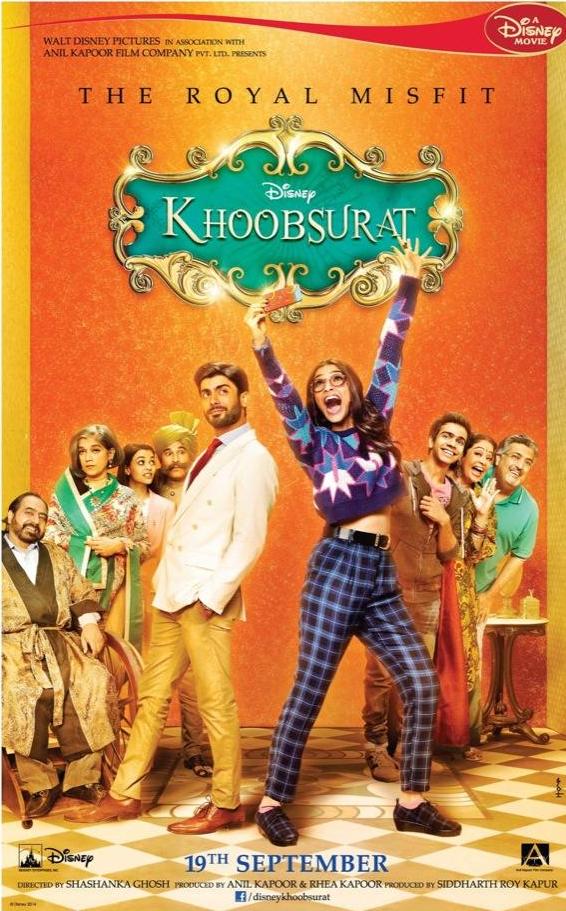 What is your favourite look from Khoobsurat?

It’s already on the poster. It’s a purple and pink cropped sweater with checked pants. Also, I like the dhoti pants with a blouse and blue shrug, with purple aviataors. It’s such a cool Indo-western look.

What advice would you give anyone who wants to take inspiration from Milli?

Think out of the box. You can clash prints and mix them up, or wear a fun tunic or kurta with denim and sneakers. You could try a printed skirt and printed blouse, but make sure they go together. It’s nice to wear Indian-inspired accessories (like silver jewellery) with skirts and shorts or even shirts. Electrical blue skirts would look great with sneakers and Indian kurtas.

All you need is the right attitude, and should know your style constraints. Of course, good taste in putting things together really helps. Most importantly, think about your personal style and what works for you and your body.

What was it like working with Sonam Kapoor, a fashion icon?

Sonam is an actor first, then a fashion icon. For her, it was getting into the skin of the character above anything else. She was very sporting and I loved how she could make every look work. She kind of inspires you to push the edge and try to do better. So when I would hesitate, she would say, “Come on, add another layer to this look”, and voila! It would look great.