I’ve been watching the trailers of Kai Po Che over the past couple of weeks,  and  it doesn’t seem to be a movie high on fashion. The costumes are underplayed and “ordinary”, given that the story is about ordinary middle class boys in a semi urban setting. 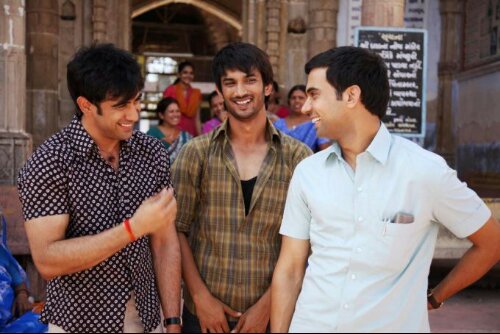 But like all (good) movies, there’s careful thought,  research and planning effort put in to make the costumes an integral part of the film, building characters and giving the story time and location context. I spoke to the film’s costume designer Niharika Khan about her approach to this script and how she dressed the lead actors. Here’s what she said.

The Fashion Look
You read the script,  have a long chat with the director and present to him the framework of the movie’s look. In the case of Kai Po Che, the film is set over a period of 10 years starting in 2000. We wanted the look to follow a certain pattern. The fashion was to be nondescript. There’s so much happening in the film and we wanted the focus to be in the film not the clothes.

The Lead Characters
Sushant Singh Rajput’s character Ishaan is an athlete,  a cricketer who has a bit more money than his two friends but doesn’t know what to do with it. He’s not interested in fashion and it would be his dream to play cricket in ganji and shorts.

Raj Kumar Yadav (Govind), on the other hand, is a typical Gujarati baniya, but he knows that how he looks is how he will be perceived.  So he goes out of the way to look good and though it’s nothing slick,  it is correct.  He probably gets his clothes done by a tailor. Amit Sadh’s Omi craves to emulate people like his best friend. He’s mostly in chappals since he needs to go in and out of the temple where his father is head priest. 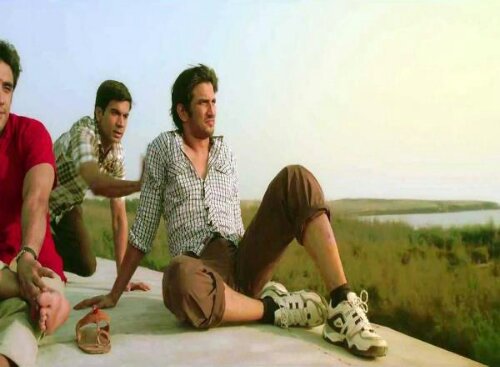 Costume Research
Since the film’s setting is lower middle class Ahmedabad in 2000, I studied the textiles and fabrics to see what was available for me to do the costumes. Everything was tailored according to the film’s context and the characters. The idea was to be as local as possible. For instance,  Omi would perhaps wear a block printed shirt with trousers. What emerged was a dark colour palette for the leads and their families. The only character in bright colours is Vidya, played by Amrita Puri. She is a tad fashion-conscious.

On the Actors
The three young actors are very talented and have distinct personalities. And when you have a successful movie,  of course people will want to look like them. So people  Ishaan would wear an India jersey,  or vest and shorts, while Omi would wear a block printed shirt with corduroys.

My Take:
I saw Kai Po Che this weekend and thought that the costumes were just right given the characters and context. Most noteworthy was the arc of Amit Sadh’s character Omi. As a priest’s son, he wore locally made block print shirts in bright colours. But with his transition into an aspiring politician, he grew a moustache and began to wear long cotton kurtas. The uneven/ roughish texture of the fabric made it seem like hand spun cotton, for which Gujarat was once known.