The two-buttoned, peak lapelled suit that you see Daniel Craig wearing in Skyfall is called The O’Connor and is designed by designer and film-maker Tom Ford. Yep, in the 23rd Bond film, James Bond has been dressed by an American designer, a surprising choice since the Brits are best known for their tailoring skills. 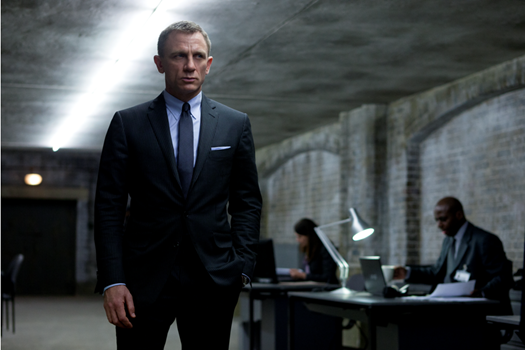 The Tom Ford suits “move” with Daniel Craig, enabling him to fight on top of trains and run through the London underground unhindered. What they don’t help with is alcoholism and poor marksmanship (there’s only so much a suit can do, after all).

Well-built man + smart suit = Handsome! The right fit and attention to detail are an added bonus. 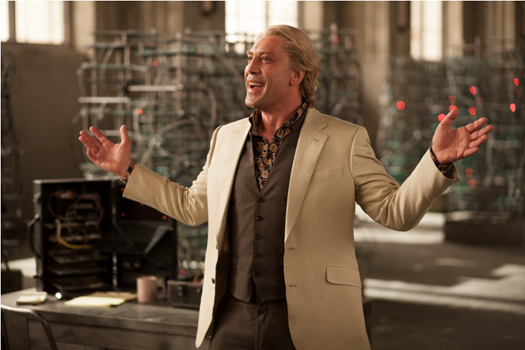 That printed shirt is a Prada– a first for a Bond villain! Silva’s OTT blondness and false teeth mask his battle scars (physical and emotional), and because he’s Latino, his style’s a bit more flamboyant than Bond. Hence he’s dressed in lighter colours and prints, and dyes his hair blond.

Men can wear prints without looking like they’re in Hawaii. Wear a printed shirt below a jacket, blazer or waistcoat, and you’re set to go. 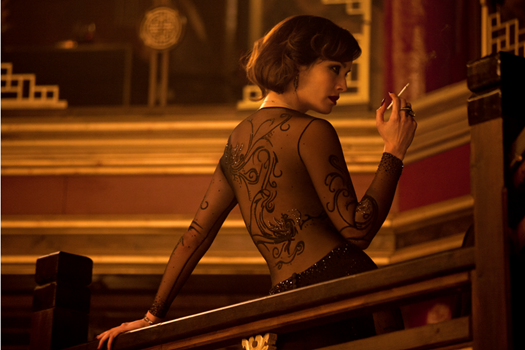 The glittering crystals on the sheer back, sleeves and along Berenice’s legs create a tattoo-like effect. Her dark berry lips and nails are an attempt to hide the sadness in her heavily-lined eyes. This scene is hands down the fashion high point in the movie.

According to costume designer Jany Temine, the embellished gown features 60,000 crystals– all applied by hand. If this wasn’t a Bond film, I’d say the gown was quite a dent on the film’s budget.

The charming, elegant, mysterious woman is still around in the 21st century, and you can be her. Flaunt your sexiest curves, play with sheer, wear black, opt for striking makeup, and watch heads turn. 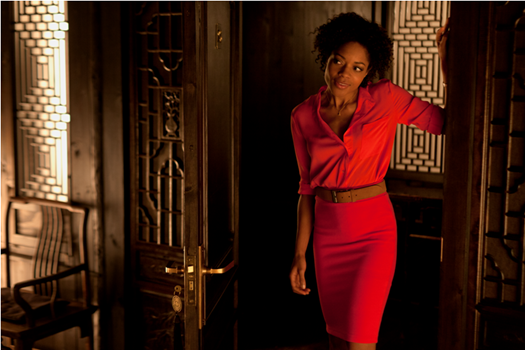 Eve Moneypenny is a new recruit to the service, still learning the ropes of espionage. She doesn’t ooze sex appeal, but her grace and confidence makes her attractive. Further proof lies in her choice of colours- bright orange, fuschia, mustard– completely unheard-of colours in a staid working environment. Her unusual picks include accessories like a wide brown belt and black booties (my favourite!).

Go ahead, take some risks. Dress bold, but not provocative. Be smart, not sexy. And there- you’ve made an impression!

Given the seniority and nature of her job, M power dresses with a difference. Shoulder pads and sharp blazers are not for her. Instead she chooses sensible skirt suits and almost-invisible jewellery for a commanding presence. 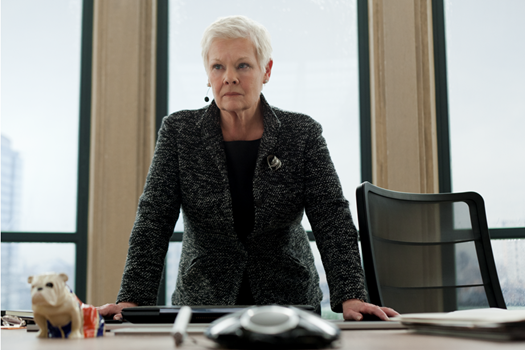 If you want to look like your boss’s boss, dress the part by focusing on key separates in black, navy blue and grey. Jackets, textured and subtly-detailed blazers make the right statement at work. And oh, do dress your age!