Shoes go everywhere- from grocery shopping to the temple, from the client’s office to a five-star restaurant. And because they go everywhere, they see a lot of things- good, bad, exciting, boring, fun, depressing.

This post gathers the most scandalous secrets shoes are privy to, and all the stories here are from real-life experiences narrated by real girls.

Wedges: At the mall 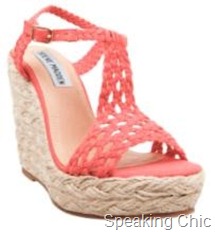 Last month, I went shopping to a nearly-deserted department store, and headed to the trial room with some clothes. Just as I entered, the changing room next to mine got occupied too. Then I heard some very strange things. A scuffle, whispers- “Please..” and “Shhh…” Then I heard kissing, panting and jean zippers, moans… you know where I’m going with this. The couple in next room everything they could possibly do in that confined space, but I didn’t manage to try on the clothes. The amorous (presumably young) couple were still at it when I left the store 15 minutes later, empty-handed!

Classic pumps: In the conference room

Soon after starting a new job, I attended a video conference with my company’s head office with my boss and Deepa from Finance. The IT newbie was struggling to set up the equipment in the conference room, and he went off to call the right guy to help with the display. Deepa used those minutes to let off some steam, badmouthing almost everyone in Finance. She knew the CFO from an earlier job, and complained about his alleged misdemeanors in funds management, what a b**** his wife was, and what a b****** he was. Finally, when she started with the nature of their married life, we heard a voice- “Deepa, let’s discuss the next quarter’s budget now.” The HO guys had heard everything! And I was the only one in the room who knew they were on-line, but hadn’t bothered to inform them. 😉

Slip-ons/ Flats: In the college hostel 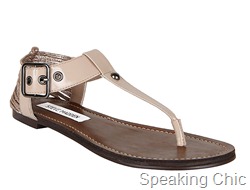 My college hostel was adjacent to a huge sports ground that hosted training sessions and inter-college matches. In our second year, an athletic guy from my group decided to try for the college football team. As luck would have it, he sprained his foot just before the try-outs, and pleaded for a second chance. But the coach wouldn’t relent. We knew he was in an awful mood about that, and we all went to console him one evening. After guzzling a couple beers from the secret stash, he insisted we all step out for fresh air, leading us to the football field. He then went completely berserk. Hobbling on his one good leg to the across the ground, he reached the goal post, turned around, unzipped and peed right there! The boys cheered him on, while we girls giggled nervously. Luckily, no one spotted him or us.

Sexy heels: At a party 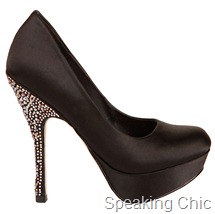 I was at a happening party last month hosted by a close friend. Everyone was on the dance floor, letting their hair down, and enjoying the music and steady flow of alcohol. An hour into the party, my friends and I took a break, and found some chairs near the dance floor. While checking out the crowd, I noticed a young woman dancing with a guy not too far away from us. They were hugging, canoodling, kissing, the works… The woman was someone I knew slightly, so I found it strange that her husband seemed to have grown taller and broader. Then I spotted the husband at the other end of the dance floor. Confused, I looked back and forth, till I realized that this lady was making out with her husband’s friend! Meanwhile, the husband had his arms around another woman. I was more shocked than hung over next morning!

What scandalous secrets have your shoes seen or heard? Read more such secrets and share your own at Steve Madden’s Red Shoe Soiree.