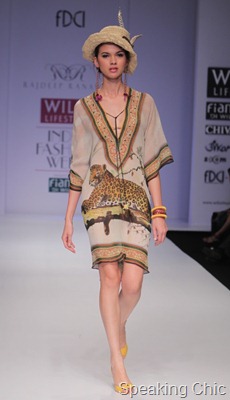 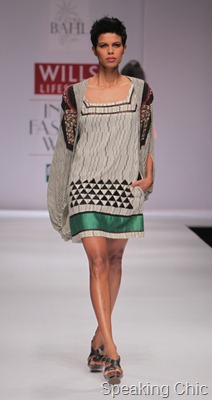 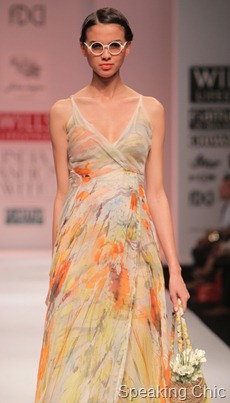 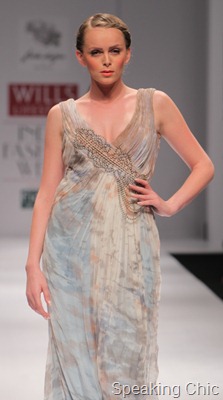 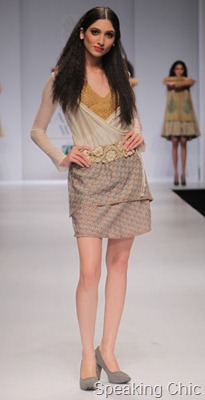 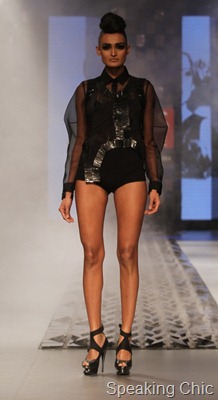 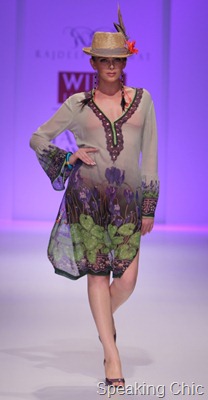 Fashion Lesson 1: Black will always be the new black

Fashion designers declared black as the colour for Autumn/Winter 2011, proving that black will always be in fashion. We spotted black at Sanskar by Sonam Dubal, Namrata Joshipura and Mrinalini.

Below: Sanskar by Sonam Dubal, Namrata Joshipura and Mrinalini.

Rohit Gandhi and Rahul Khanna turned linear geometry on its head, creating vertical, horizontal and diagonal lines with crosshatching patches on grey felts, mixing see-through fabrics with opaque, and use of superimposed patterns. Mrinalini’s collection drew inspiration from origami, crafting garments in straight lines, checks, circles and patterns.  She managed to give her clothes a paper-like feel. Meanwhile, Raj Shroff used cutwork jackets to layer for winter. All these designers showed us geometry in fashion is tres chic and wearable!

Fashion Lesson 3: Head gear is ruling the ramps across India

We spotted plenty of head gear last month on Day 2 of Lakme Fashion Week Summer/Resort 2011. And on the third day of WIFW A/W 2011, we spotted fun head gear and accessories at Divyam Mehta, James Ferreira and Prama by Pratima Pandey. Now we’re only awaiting the highstreet versions and roadside bargains. 😉

Fashion Lesson 4: Stockings will be fun this winter

Stockings and tights made a comeback recently, and it’s nice to know they will be around for a while. From plain boring leggings and stockings, we’ve moved on to printed ones, and now designers are keeping them for next season. So they’re in bright colours at James Ferreira and Small Shop by Jason Anshu, shaded at S&N Drape by Shantanu & Nikhil, and bejewelled socks at Namrata Joshipura. They’re on our winter must-have list already!

At Small Shop by Jason-Anshu, the silhouettes were geometrical, making boxy shapes, yet draped in a feminine manner.  The designer duo played with colour mixing and draping to create multi-layering effects. And at Raj Shroff’s aptly-named Mystic Contours, shapes were best-defined as anti-silhouette, not following contoured lines and other physical attributes, yet striking a balance between extremes. Textures involving tipping and patchwork and slits were seen in twisted forms.

Both Manish Malhotra and S&N Drape by Shantanu & Nikhil showcased their collections at LFW S/R 2011. And while both designers stuck to similar concepts from last month’s shows, they made a marked attempt to present different styles to the audience. Thank god for that!